Power of the People
Votes

Power of the People

A look at a few McLean residents who impact daily life in the community. 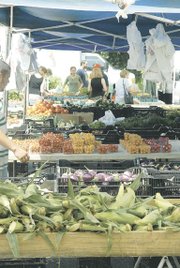 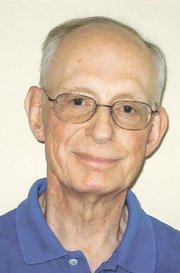 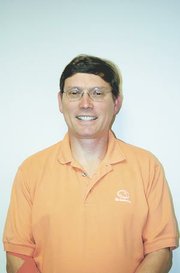 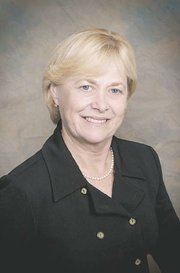 Both McLean and Great Falls have high levels of community participation, with residents turning out for local volunteer work, community planning and activism at rates unheard of in much of the county. What follows is only a sampling, in no particular order, of residents who have dedicated their time and expertise to shaping the community in which they live.

The land use decisions that were made when Jack Hannon became involved in McLean, after moving here in 1971, had a major effect on what the community has become today. One such decision regarded the fate of the 38-acre tract next door to Hannon, which is now Lewinsville Park. At the time, it was the last large parcel in McLean, and when the federal judge who owned it died, his estate sold 20 acres to a developer who applied to triple the allowed density.

Hannon became part of a brain trust of four or five lawyers who assisted the head of the West Lewinsville Heights Citizens Association in whipping up a crowd of 300 to confront then-Supervisor Rufus Phillips and convince him to buy the entire tract through eminent domain. All 38 acres changed hands peacefully for the market price of $1.25 million.

Hannon went on to become president of the McLean Planning Committee in the late 1970s, which he said was "an era when it wasn’t resolved whether McLean was going to look like Tysons does now." Hannon and the committee kept the stance that the area should be a transition to the low-density river community.

He later served for a few years on the board of the McLean Community Center, but Hannon’s volunteer efforts have taken on a more humanitarian focus over the years. He is a past chair of the Boy Scouts and Cub Scouts Chain Bridge District and now sits on the district’s Eagle Board. He is also about to start helping to build a nine-unit condo dwelling, his fourth build for Habitat for Humanity through the McLean Interfaith Coalition.

If an organization begins with the word "McLean," Vance Zavela probably is or has been involved somehow.

He joined the McLean Citizens Foundation in 1999 to help in the community’s attempt to save Evans Farm and ended up doing a three-year stint on the foundation’s Grants Committee, doling out grants to local organizations. In his sixth year with the McLean Project for the Arts, he is currently working on plans for October’s Artfest.

Zavela was president of the board of Friends of the McLean Community Center for two years and a board member for four years, during which he helped organize the center’s 25th anniversary and worked with NBC4 chief meteorologist Bob Ryan to create a promotional video that is still available at the center.

In his third year on the Greater McLean Chamber of Commerce, he is working to create partnerships between local businesses and nonprofits, similar to his job starting public-private partnerships for the county’s Office of Partnerships. He is also on the board of Friends of Claude Moore Farm, where he works on the organization’s finance committee, and recently ended a term as co-chair of recruitment for Leadership Fairfax.

A member of the McLean Rotary since he moved into town 11 years ago, Zavela was named Rotarian of the Year for the 51-club District 7610, received the district’s citation for meritorious service and was awarded the Four Avenues of Service citation — all in the last four months.

"It’s a wonderful community where lots of people give back," said Zavela. "I encourage newcomers to get involved."

John Adams is beginning to plan a 40th anniversary celebration for Scotts Run, a park that would not exist if he had not stepped in the way of developers, literally, in 1970.

With the Board of Supervisors, including the local supervisor, and the McLean Citizens Association on the side of the developer who wanted to build 320 houses on the tract, Adams led the area’s residents in what he termed "an uphill battle" that culminated with students from Langley High School staging protests and "ladies in front of bulldozers with pots and pans."

Ultimately, neighbors of the park taxed themselves to raise $1.5 million for the park, which was matched by federal money from President Richard Nixon’s new Parks for People program. They were willing to go to such lengths, said Adams because "it is one magnificent piece of land."

Adams has also been a member of the board of the McLean Citizens Association on and off for 30 years.

With a background that ranges from marine biology and engineering to space science — and has landed him on the lists of Who’s Who in Science and Engineering and Who’s Who in the World — Frank Crandall makes a formidable opponent for any developer whose application he believes might be out of line.

Since he joined the McLean Citizens Association 14 years ago, he has chaired or co-chaired the association’s Environment, Parks and Recreation Committee and has been a member of its Planning and Zoning Committee. Crandall and his fellow committee members pore over every McLean land use application that will come before the Planning Commission, making sure trail requirements are met, storm water management measures are adequate, and any number of other details are addressed satisfactorily — "things that wouldn’t get fixed if we didn’t ride herd on them and follow up," he said.

As a member of the Middle Potomac Watershed Steering Committee, Crandall helped conduct a two-and-a-half-year study on five watersheds in the McLean area. The report that came from the study and was recently adopted by the Board of Supervisors laid out what needed to be done to protect the local streams, as well as the Potomac River and Chesapeake Bay they empty into.

Crandall also is the area’s representative on the Environmental Quality Advisory Council and served on the county executive’s Deer Management Committee. His work has influenced the county’s deer management practices and is responsible for much of its outdoor lighting ordinance.

&lt;bt&gt;There can be few people in McLean who this year’s Lady Fairfax, Pamela Danner, has not affected in some way through her many community involvements. She is the treasurer for the McLean Citizens Foundation Board of Trustees and is a member of the McLean and Great Falls Celebrate Virginia’s 400th board and the Trinity United Methodist Church Board of Trustees, as well as the McLean Rotary Club.

She has stayed on with the contentious Tysons Land Use Task Force, although its work was supposed to be completed more than two years ago.

The fund-raiser that largely supported the area’s Celebrate Virginia’s 400th group for five years was staged under Danner’s leadership. She was also a member of the McLean Community Center Governing Board that reduced the tax rate in the center’s special tax district at the same time that it incorporated the McLean Project for the Arts into the center and established the Firehouse Teen Center. Her other past memberships include the Board of Directors of the Friends of the McLean Community Center, Share Inc. and the Greater McLean Chamber of Commerce.

Danner also served for 12 years on the county Water Authority Board and was the board’s secretary and the chair of its Water Quality Committee. During that time, the board set new standards for the Occoquan Reservoir, built the Griffith Treatment Plant and outfitted the Corbalis Treatment Plant with one of the few ozone treatment systems in the nation.