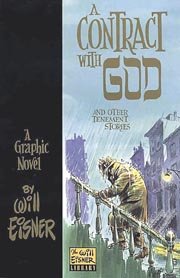 A Contract With God 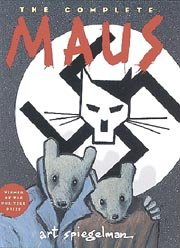 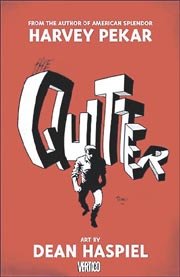 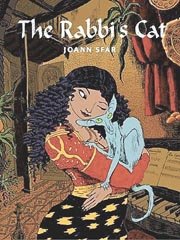 Comic books and religion are not two things most people would lump together, but within the pages of graphic novels are large amounts of religious symbolism and, in the case of Cascades Library’s new program Modern Marvels: Jewish Adventures in the Graphic Novel, participants will find not just symbolism but stories of the Jewish faith and culture within the illustrated pages.

“We thought a good topic would be using the graphic novel for a spring board into the discussion of Judaism,” Linda Holtslander, Loudoun County Public Library's division manager for development, said.

THE PROGRAM will be a five-part reading taking place July 20, July 27, Aug. 3, Aug. 10 and Aug. 17, at 2 p.m. Each session will concern a different graphic novel by a Jewish artist and writer. Each week participants will be required to read the graphic novel ahead of time and come to the discussion prepared. Books will be available through the reference desk or can be purchased elsewhere.

Discussions will be led by Wendi Kaufman from George Mason University who has appeared in "The New Yorker" and is a frequent contributor to the "Washington Post." Her background in writing comes through a history of teaching creative writing at Johns Hopkins University.

“[Kaufman] was selected by the library and she has had experience with this series in Fairfax and she’s led several other ones, she has a lot of knowledge in this area and is going to do some really great stuff,” Holtslander said.

Discussions will be centered around how the writer and artist work with themes in Jewish literature. While Kaufman will be there to give background on the books themselves and start off each meeting, the format will be more of a discussion on the topics of each graphic novel than a lecture about the books. Participants will be able to talk about what they got out of reading the book and learn about the history behind it.

The five graphic novels that will be discussed broach many themes but all have the similar backgrounds. The first will be Will Eisner’s groundbreaker graphic novel, “A Contract with God.” The second will be “The Complete Maus: A Survivor’s Tale,” by Art Spiegelman, which Holtslander describes as one of most popular on the list. This will be followed by “Julius Knipl, Real Estate Photographer: Stories,” by Ben Katchor, which humorously touches on lower-middle-class life. The fourth book is “The Quitter,” by Harvey Pekar, a dark graphic novel covering Pekar’s early years. The series will conclude with “The Rabbi’s Cat,” by Joann Sfar, about a rabbi’s cat who gains the ability to speak and wants to become Jewish.

“All the books are incredibly interesting and we think it is an amazing program,” Holtslander said.

The program itself is part of a series set up by the American Library Association and Nextbook, an organization promoting Jewish writing and artwork. Libraries can choose from a variety of subjects, which started in 1982 as long as they can find a scholar to lead the discussion.

While each discussion can stand on it’s own, Holtslander said it would be best to come to all five. There is a limit of 25 people per sessions. To register visit http://library.loudoun.gov or call 703-444-FACT, Ext. 5.