Power of the People
Votes

Power of the People

A look at a few Great Falls residents who impact daily life in the community. 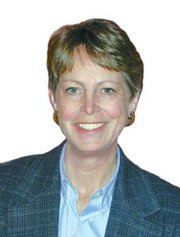 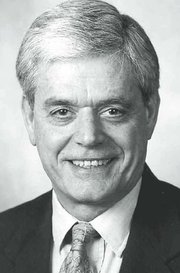 Both Great Falls and McLean have high levels of community participation, with residents turning out for local volunteer work, community planning and activism at rates unheard of in much of the county. What follows is only a sampling, in no particular order, of residents who have dedicated their time and expertise to shaping the community in which they live.

As a co-chair of the Great Falls Citizens Association’s (GFCA) Long-Term Planning Committee, Kathleen Murphy spearheaded the 2020 Vision Survey conducted last year in order to determine what Great Falls residents wanted the area to look like in 12 years and, as Murphy put it, "to give a voice to the community."

In 2005, Great Falls residents were in an uproar over the county’s decision to run a water main into the Riverside Manor neighborhood, a move that many felt would inevitably lead to more development. Then-Supervisor Joan Dubois told the citizens association the county hadn’t known what the community wanted and suggested that a "vision" for the area be compiled.

Murphy put her consulting experience with visioning and long-term planning to use. Through research, guest speakers, focus groups and public workshops, she and her committee created the survey by March of last year, and the results were in by May.

Not only did the responses definitively demonstrate a desire to protect the "semi-rural" nature of the area — which is what the GFCA was created to do decades ago — but they revealed a want of trails, open space to connect parks, a farmers market, an intimate village center, traffic control on Georgetown Pike and coffee shops. The farmers market already came to be this year, and the recent "Safe the Pike" movement has brought attention to several areas of Georgetown Pike. And the Old Brogue has opened Katie’s Coffee House.

The results of the survey are expected to guide the work of the Great Falls Citizens Association in the coming years.

By day, John Ulfelder is a senior vice president at the West*Group development company. In his off-hours, he uses his professional knowledge to protect Great Falls from overdevelopment. His tends to be the first name mentioned in conversation about leaders in the Great Falls community.

Ulfelder has been a member of the Great Falls Citizens Association since 1991 and has been on its Land Use and Zoning Committee for just as long. He chaired the committee from 2001 to 2006 and served for two years in each of the citizens association’s offices of president, secretary and treasurer.

Ulfelder said his work has not been so much about shaping the community as retaining its character. Among the many cases he has been involved with over the years, he has helped to fend off a Commerce Bank branch on Walker Road and a spiritual retreat in the residential area of Leigh Mill Road. His committee got the size of the new post office reduced by one-third, kept the county from postponing construction of the Great Falls Library and has forged compromises with untold numbers of property owners.

In the larger community, Ulfelder is on the Virginia Board of Trustees for the Nature Conservancy and the boards of WETA, the Northern Virginia Regional Park Authority Foundation and the McLean Project for the Arts.

He also was part of the group of residents that raised money to put a down payment on Turner Farm so it could become part of the park being created from the old Nike missile site.

Real estate agent and local historian Karen Washburn stepped outside her comfort zone to help lead the Georgetown Pike Traffic Calming study completed about 10 years ago after two years of work. The study got the speed limit on the road reduced to 25 mph in the Village Centre area and got a few minor traffic calming devices in place but was largely stymied for lack of funding. Washburn said she had especially wanted to see crosswalks around the intersection with Walker Road.

However, leaders of the recent "Safe the Pike" movement have brought renewed attention to the study, citing it frequently, and they occasionally consult with Washburn. The Great Falls Citizens Association is now in talks with VDOT about putting crosswalks in the Village Centre area.

Washburn said her preferred method of protecting the community is by protecting its history through her professional work. "The best way I’ve found to protect things is just to research them, write them up and let people know what kind of a treasure they have," she said. Sometimes, she lets the government know, too. She helped with the research that got Georgetown Pike declared a historic resource, helped get a conservation easement on the historic William Gunnell House and did the research for the nominations of seven local properties to the National Historic Register.

As a real estate agent, she works to fill historic homes with people who will protect them.

Washburn is a past president of the Great Falls Historical Society and served as the area’s representative to the Fairfax County History Commission for 10 years.

Almost 30 years ago, Robin Rentsch put the Great Falls trails on the map, literally, and she has been one of the area’s leading trail experts and advocates ever since.

The gas shortage of 1979 created a new interest in trails, and Rentsch rallied forces to lobby the state legislature for the right to create Virginia’s first county trails plan. When the state acceded, she was put in charge of drawing the future trails for the Dranesville District, and she is still fighting for easements to complete them, most recently in the struggle over the Madeira property.

Rentsch began attending meetings about the Potomac Heritage National Scenic Trail in 1982, long before awareness of plans for this congressionally mandated trail from Chicago to the mouth of the Potomac approached common knowledge, and she helped get an easement for the trail in the Frasier Preserve. She was also the representative for the Great Falls segment of the Cross County Trail on the trail’s citizens advisory group and spent 20 years on the citizens advocacy board for the W&OD Trail.

Getting people onto trails and into nature is one way Rentsch advocates for the environment. As co-chair of the Great Falls Citizens Association’s Environment, Parks and Trails Committee until last month, she headed the team that got Great Falls certified as the nation’s 23rd community wildlife habitat by the National Wildlife Foundation last spring. Among her other environmental involvements are her time as an invasive management team leader for Turner Farm and her work through the GFCA to secure funding for the recent aeration of 47 oak trees at Grange Park.

Michael Kearney has owned and operated the Old Brogue Irish Pub in the Village Centre for 27 years. As if that’s not enough, he is also one of the directors for the Great Falls Charitable Foundation, which he helped to found as Brogue Charities in 1996.

The group began in part as a way to raise money to save Turner Farm, and it has since taken responsibility for the Great Falls Fourth of July fireworks and the holiday tree lighting and funnels donations into various local charities. The name was changed about six years ago, around the time the foundation raised $160,000 to build the Great Falls Freedom Memorial.

Among the group’s beneficiaries are the Great Falls Friends, Lift Me Up, Camp Fraser, the Great Falls Ecumenical Council, the Safe Community Coalition and the Alternative House. The foundation recently put on a golf tournament that raised $22,000 to supplement county funds for Great Falls Elementary School’s upcoming renovation.

Most recently, Kearney has been credited with saving the Great Falls Farmers Market in its first year. The market, which was located at St. Francis Episcopal Church, was suspending operations for lack of business, so Kearney convinced a property owner in the Village Centre to let the market move onto his property. Vendors reported their highest sales in Great Falls to date.