Kusner Still Blazing Her Own Trails

Almost 40 years ago, an Arlington native became the first female to receive a jockey’s license. 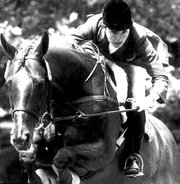 Kusner called Untouchable, “the most impressive horse I’ve ever ridden.” 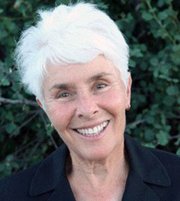 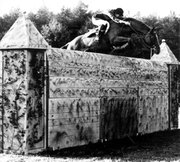 Prior to graduating from Washington-Lee, Kusner set the U.S. Ladies High Jump record at 7 feet, 2-1/2 inches.

In 1963, Kusner won the team gold medal at the Pan-American Games, which catapulted her to become one of the first women to represent the USET in the Olympics.

She did become the first woman to ride in the legendary Maryland Hunt Cup, arguably the world’s most difficult steeplechase.

As the only filly in a 20-horse field during the 134th Kentucky Derby, the handicappers doubted Eight Belles’ ability to run with the boys. She couldn’t keep up, they said. Instead, the three-year thoroughbred proved her detractors wrong, dashing to a second-place finish behind Triple Crown favorite Big Brown.

The filly’s defiance to a male-dominated system, Eight Belles sacrificed her life — euthanized after a freakish accident where she suffered two broken front ankles — at the renowned Churchill Downs track. In doing so, she captured the nation’s attention in the process.

Forty years ago, Kathy Kusner, a striking Arlingtonian brunette sent similar shockwaves through the intimate horse racing world, polarizing the nation on a controversial sport and subject, all the while becoming an unlikely lightening rod for politics and criticism.

All Kusner ever wanted to do was to ride. Except that in 1968, there were no female jockeys. So the petite brown-eyed beauty applied for a jockeying license.

This was the radical late 1960s, before Neil Armstrong ever graced the moon. Before Joe Namath issued his famous guarantee in Super Bowl III and most importantly, almost three years before Title IX was introduced by President Richard Nixon. But it was decades after women were granted the right to vote, and more than 30 years since Amelia Earhart became the first woman to fly solo across the Atlantic Ocean.

A mere speckle in the beach of female firsts, the 5-foot-4, 103-pound Kusner still had to buck the boys.

&lt;b&gt;AS A WORLD-CLASS DRESSAGE RIDER&lt;/b&gt;, she began riding when she was 10-years-old. At 18 and prior to graduating from Washington-Lee, she set the U.S. Ladies High Jump record at 7 feet, 2-1/2 inches on a gray mare named Freckles. For that feat, she was named "Horsewoman of the Year," and later that same year, 1961, she became the first female in a decade to join the United States Equestrian Team (USET).

“Even when I was in high school, I was gone to horse events all the time that I had free — which was every minute that I wasn’t in school,” Kusner said late last week.

In 1963, Kusner won the team gold medal at the Pan-American Games, which catapulted her to become one of the first women to represent the USET in the Olympics.

She competed in the three-day event in dressage — a series of required movements on a rectangular track, which Kusner described as “a cross between ballet and gymnastics on a horse.”

At that point, it was the only equestrian sport open to women. She rode in three straight Olympics, first starting in 1964 in Toyko and eventually earned USET’s team silver medal in 1972 in Munich. She even won the International Grand Prix in 1966 and 1967 aboard Untouchable, becoming the first rider ever to win during consecutive years atop the same horse. And she was a two-time winner of the "Leading International Rider Award" at the National Horse Show, which earned her international recognition in 1967 as the Ladies European Champion.

But she was winning in horse jumping, not horse racing. And for this pint-sized trailblazer, that wasn’t enough.

&lt;b&gt;LICENSED FEMALE JOCKEYS&lt;/b&gt; at the time were scarce. Actually, there weren’t any. In 1952, Marjorie Haines Gill was the first woman to compete for the United States in the Olympics. But that was in dressage.

In racing, it was another story.

“They would have rather died than give a girl a jockey’s license,” Kusner said.

In November of 1967, Kusner’s application for a jockey's license was rejected by the Maryland State Racing Commission, who reportedly cited that she "bounced in the saddle," and that she did not give "the impression of strength and authority" as honest excuses.

Trainers and horse owners didn't think, frankly that females could handle the powerful 1,200-pound horses. The Chairman of the Commission, D. Eldred Rinehart, even told “Sports Illustrated” that "[Kusner] is an able rider, in certain respects, but if she were allowed to ride in regular races...who'd be to blame if she were hurt?"

Kusner disagreed, telling reporters, "Horse riding is more a game of technique and skill than strength. It's the same as playing chess with men."

Almost a year later, in November of 1968, then-Prince George’s County Circuit Court Judge Ernest A. Loveless, who died in August 2007, overturned the commission's decision, concluding that she was discriminated against because of her gender.

That same year, fellow female rider Penny Ann Early was ignored when she tried to get a ride at Churchill Downs. It wasn’t too much longer that Barbara Jo Rubin — who became the first female jockey to win a thoroughbred race — had her trailer stoned.

&lt;b&gt;KUSNER DEALT&lt;/b&gt; with her own troubles. Even though the Maryland Racing Commission licensed her, she suffered a broken leg following an equestrian accident, delaying her much-anticipated debut. She began racing in 1969 and in September, won her first race at Pocono Downs, a “very modest track,” according to Kusner. Described as aloof, mostly because she wouldn’t grant interviews, she once reportedly asked her father, "Wouldn't the world be a lot simpler if it were full of horses?"

She went on to ride races throughout the world, becoming the first licensed woman jockey in Mexico, Germany, Columbia, Chile, Peru, Panama, South Africa and Rhodesia.

At 29-years-old, she was above the threshold to receive an apprentice allowance, a necessary stipend for a woman who bartered nearly everything she ever earned. While still maintaining a rigorous equestrian schedule, her jockeying career was admittedly short-lived.

She did become the first woman to ride in the legendary Maryland Hunt Cup, arguably the world’s most difficult steeplechase.

“It wasn’t like I hadn’t ever ridden a timber race,” Kusner said. “But it was the beginning of a new day and the new day was just getting better and better.”

&lt;b&gt;KUSNER HAD OTHER PASSIONS&lt;/b&gt; including flying, where she’s also come to be considered a pioneer. By 1972, the same year she won the silver medal, she’d already earned a commercial pilot's license and a glider rating. After meeting Bruce Sundlun, the then-president of a charter jet service and a passionate equestrian fan, she bartered lessons in exchange for an appearance at the Washington Horse Show.

After 40 hours of ground school, 14 hours of flying and some additional time in a flight simulator, Kusner earned her pilot’s license, becoming one of the country's first female Learjet-rated pilots. She now holds commercial, multi-engine, instrument, seaplane, and aerobatics ratings.

As avid outdoorsman — or woman — Kusner is also scuba diving fiend, having traveled all over the world, including the Red Sea, Great Barrier Reef, and South China Sea. And later in life, she got into running, having completed 105 marathons and 66 ultra marathons as of Oct. 18, 2007. In 1997, she ran over 27 hours in the Vermont 100 Mile Endurance Run. She’s also won the Colorado Pike's Peak Ultra-Marathon three times in her age slot, and last August finished a 50-kilometer race (10:48:02).

&lt;b&gt;HER PERSONAL ACHIEVEMENTS&lt;/b&gt;, however, probably pale in comparison to her latest endeavor, which she founded in 1999. Alarmed by inner-city violence in Watts, South Central Los Angeles, she started Horses in the Hood, a nonprofit organization that provides inner city youth one week at her horse camp.

With the Pacific Ocean serving as a backdrop, the camp has introduced over 5,000 children to “horsemanship.” The foundation, where she serves as the founder and chairman of the board, helped Kusner get inducted into the World Sports Humanitarian Hall of Fame in June of 2005. Earlier that year, the West Hollywood, Calif., resident was given a Pegasus Medal of Honor by the U.S. Equestrian Federation, given to those "who have exhibited outstanding service to horses and the sport and … have attracted people to the sport…by advancing its popularity."

The normally reserved Kusner sees the award banquets as more of a burden, often getting in the way of her diverse invested interests.

She remains active giving clinics both within the country and abroad on riding, training and competing. Just last year, she gave an advanced three-day riding clinic at Fox Chase Farm in Middleburg, Va.

Still, she humbly maintains that her life isn’t that more important than anyone else, even describing her receiving the jockeying license as “a pain in the neck.”

“None of it is important,” Kusner said. “It’s having the chance to do things. It’s something I wish never happened in having to be the ‘first’ … it’s about overcoming less than perfect odds and doing something because you want to learn to do it.”