Potomac History by the Numbers
Votes

Potomac History by the Numbers 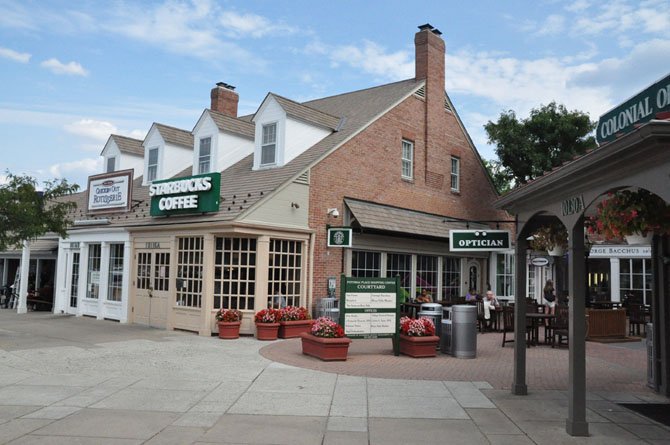 Today, Potomac Village is a gathering place for residents. Photo by Deb Stevens.

Years ago, Potomac was initially settled by Paleo-Indians, based on evidence of habitation along the Potomac River.

European explorers settled the area in the early 1700s, establishing estates and tobacco plantations with slave labor. Tobacco was the most suitable crop for the region’s climate and soil.

Magruder’s Blacksmith’s Shop, built by 1751 at the intersection of Seven Locks and River roads, is the oldest standing structure in Potomac. Ninian Magruder, a blacksmith, served the needs of merchants and travelers and fixed wagons and shod horses. His initials are carved on the chimney. River Road was used to transport tobacco to the port of Georgetown.

Many farmers grew discouraged and moved west after the cultivation of tobacco depleted the soil’s nutrients. (Wheat was the next planted crop until the mid-19th century.)

Miles of the C&O Canal in use between Georgetown and Seneca by 1831, only three years after President John Quincy Adams broke ground for the canal near Little Falls in 1828. By 1850, the canal was in use to Cumberland.

The canal was used to transport grain, flour, coal and farm produce after fertilizers were imported via the canal and used to re-enrich Potomac soil.

Years that the Seneca Stone Quarry’s reddish sandstone was mined from 1774 to 1900. The Seneca sandstone was used for the iconic Smithsonian Institution Building, many of the lockhouses and most of the aqueducts along the Canal, such as the one at Riley’s Lock.

Construction of the Washington Aqueduct, designed to tap clean water supply above Great Falls for use in the District, led to growth in population. A dam was built at Great Falls to divert water into a conduit that ran to reservoirs in the District.

Union troops garrisoned into the area. Blockhouse Point provided a vantage point for Union soldiers on the lookout for Confederate troops. Darnestown was the site of many Civil War battles, and area residents had divided loyalties.

Civil war soldiers discovered gold in the area, and mines were developed in Rock Run and near Great Falls. The Maryland Mine, at Falls and MacArthur, was one of 14 gold mine in the Potomac area and operated intermittently until 1951.

By time of the Civil War, Offutt’s Crossroads had two general stores, a blacksmith shop and a post office. After emancipation, many autonomous African-American communities developed and many black landowners, who earned a living as laborers on local farms, provided food for their own families on their own small farms. One community developed along Oaklyn Road and another, the Cropley community, developed near the place Angler’s Inn now stands.

Offutt’s Crossroads renamed Potomac. Thomas Perry built the Perry Store on the corner of River and Falls roads the year before. His wife, Marian Perry, served as postmistress. The original building is part of the Chevy Chase Bank building. In 1986, the building was moved 21 feet to accommodate the widening of the intersection.

Many farms between Potomac Village and Rockville were converted into housing developments.

Percent population increase in the 1960s in Potomac.

Potomac’s population, according to the 2000 U.S. Census.