How to get drunk drivers off the roads? 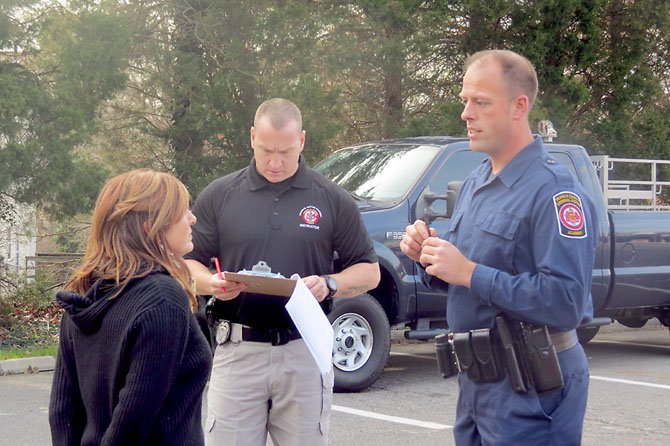 A demonstration showcasing the training of officers in getting drunk drivers off the roads was provided by the Fairfax County police on Friday, Nov. 30, in preparation for their annual campaign, “Safe December.” PFC Bistline kicked off the demonstration with a brief presentation, hitting on key points in training, as well as guidelines in detecting and apprehending drivers under the influence.

PFC Bistline presents a discussion on the training of officers in regards to the identification and assessment of intoxicated drivers.

“How they act, what they say and their coordination is what we look for,” said Bistline. “Some common signs are wide-sweeping turns, inability to stay within the lane and speeding. We have to investigate whether the person is intoxicated or just playing on the phone.”

As a new obligatory mandate, all officers must be trained in Driving While Intoxicated (DWI) detecting and apprehension by January 2014. For the next 15 minutes, PFC Bistline provided detailed comprehensive insight into the specific plan of action officers take when investigating a DWI case.

The first step in making the roads safer, officers look for the vehicle in motion. Once it is pulled over, the officers look for certain signs in personal contact. These signs include sights, sounds and smells—anything that may indicate being under the influence. The final step is conducting the Field Sobriety Test (FST) and the Preliminary Breathing Test (PBT).

“A common myth is that refusal of the breathalyzer can be used as reason to arrest you, but a PBT can’t be used as primary determination of probable cause to arrest someone,” said PFC Bistline. “It is only used to help us. It is an overall assessment tool.”

PFC Bistline presents a discussion on the training of officers in regards to the identification and assessment of intoxicated drivers.

TAKING THOROUGH NOTES, he said, is one of the major challenges officers face in DWI cases. Writing and note-taking are important aspects of officer training as diligent notes are one of the key components in court for a DWI case. A typical DWI case takes 20-30 minutes, but a mock case during training can take much longer in an effort to train officers properly in every step.

The Field Sobriety Test, which was later demonstrated outdoors, consists of the three scientifically-validated sub-tests: the Horizontal Gaze Nystagmus (HGN), the walk and turn test and the one leg stand test. “HGN is the most accurate test we have,” said Bistline. “We can use it to testify in a court if we are properly trained. It’s an excellent tool.”

With the holiday season well under way and holiday parties to start soon, both the Fairfax County police and representatives from various organizations, including Mothers Against Drunk Driving (MADD), the Fairfax County Oversight Committee on Impaired Driving, and the Unified Prevent Coalition, present at the event urged the importance of keeping intoxicated drivers off the road.

PFC Liz Barrington demonstrates the one leg test as part of the Field Sobriety Test.

To show observers part of the training that officers receive to understand what an intoxicated driver sees, the Fairfax County police set up an outdoor course where volunteers in an electrical wheelchair wear goggles that simulate impairment.

The first volunteer, NBC Reporter Adam Tess, took a shot at completing the course with the supervision of an academy instructor. Upon completion, he was asked what he saw. “I thought I was going straight,” said Tess. “But I could hear myself crashing into the cones.”

Another test, shooting a basketball into a hoop while wearing the goggles, was next. This time, Fairfax County Alcohol Safety Program representative Elwood Jones gave the test a try, finding it easier said than done. The demonstrations finished with a mock DWI case in training presented by DWI certified academy instructors. PFC Richard Cash acted as the officer-in-training; PFC Liz Barrington acted as the driver while another officer stood nearby making careful notes of Cash’s actions.

IN JUST ONE MONTH in Fairfax County alone last year, 372 DWI arrests were made during the “Safe December” efforts.

“It all relies on what we do and how we do our job,” said PFC Bistline. “The devil’s in the details. Drunk driving is a serious crime that requires serious consequences. If we can follow proper procedure and take diligent notes and can testify to those notes in court then we know we are doing our job and we are doing the best we can do.”

What would you like drivers to know this holiday season? 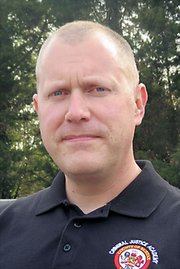