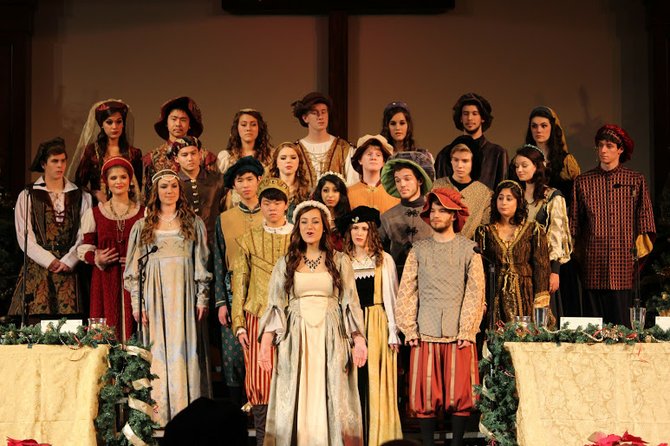 Members of the Langley High School Chorus perform at their annual Renaissance Feaste Dec. 8 at the Capital Church in Vienna. Photo by Steve Niu

The Langley High School Choral Department hosted their annual Renaissance Feaste Dec. 7 and 8 at the Capital Church in Vienna. The annual show is the culmination of the choir’s holiday schedule, which also included the tree lighting in Great Falls and at the National Cathedral in Washington, D.C.

The feaste was more than just a standard concert for the choir, in additional to several Renaissance-era songs, the group put on a show with other 16th century entertainment, led by the Madrigals.

Students even served the families in attendance, all while wearing period costumes of 16th century servers, jesters, minstrels and musicians.

The Madrigals are a 24-student ensemble that specializes in Renaissance music, mostly sung a cappella.