A Night at the Races
Votes 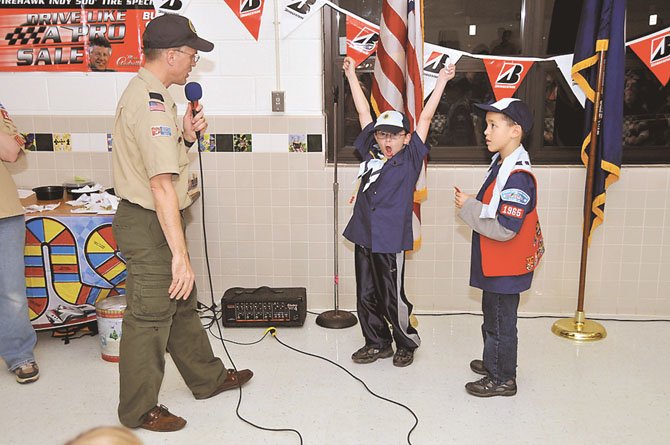 Cub Scout Pack 1965’s annual Pinewood Derby competition took place on Friday, Jan. 27 at King’s Glen Elementary School. Forty-five Cub Scouts, from grades 1-5, participated in the Derby. Each Cub Scout designed and built his own car and competed by Den. Medals were awarded in two categories: Fastest Car and Best Design. The first place winners advance to the district-wide races on Saturday, March 3 in Fairfax. In addition to the Scouts, siblings and adults including King's Glen Principal Sam Elson (with cars he built as a child) participated in the races.

Some of the creative car designs for this year’s Derby.