Strategy allows parents to get at least five hours of uninterrupted sleep each night.

When Megan Price and her husband Marc Weiner describe the first weeks of life with their 6-month-old son Adrian, one of the first adjustments that comes to mind is sleep deprivation.

“When we would get into bed at night, it was almost like we were getting ready for another day,” said Price. “It was eight or nine hours of no sleep, but being awake in this weird alternate night universe. I was definitely sleep deprived.”

As most parents know, having a newborn baby can disturb one’s sleep patterns. Potomac-based psychologist and researcher Linda Berg-Cross, Ph.D. says a lack of sleep in new parents can lead to insomnia, marital discord and parenting anxiety. She created a program that is designed to help new parents get more sleep. It is called SOS.

“‘SOS’ actually has three meanings,” said Berg-Cross, a clinician in private practice who has worked at the University of Maryland Sleep Disorders Center. “One meaning, of course, is the traditional call for help; another is ‘Save Our Sleep’; and the third [represents] the three components of the program: ‘sliding schedule,’ ‘on call,’ and 'sustained sleep.’”

Here’s how the SOS program works: Parents create a sliding schedule where one parent is guaranteed five hours of uninterrupted sleep while the other is on call. The on-call parent gets up when the baby cries. When the five-hour shift ends, the partners switch roles. 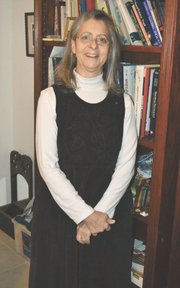 “The first tool is to realize that most people need five hours of sustained, uninterrupted sleep each night during the first year of the baby’s life, along with some power napping, and to make sure that both you and your partner get those five hours,” said Berg-Cross who is on the faculty in the Department of Psychology at Howard University in Washington, D.C. “Second, when you’re on call you’re telling your partner, ‘Do not worry, I am taking care of this child.’ The idea is that each person is there to relieve the other. Third, in order to get the uninterrupted sleep, it is necessary to have a sliding schedule with your partner where you go to sleep and wake up at different times.” To make the three components work well, each couple needs to individualize the program to fit in with their relationship as well as their sleep and wake patterns.

Berg-Cross says that by minimizing sleep deprivation, parents will feel less fatigued and be less irritable. “It hopefully will increase the likelihood of successful nursing, minimize postpartum depression, fortify the marital relationship during its most trying year, and help women heal from the physical traumas of childbirth,” she said. “It is an easy method for parents to maximize their own sleep during the first year of their baby’s life.”

Tim Billings, the father of a 2-year-old boy and a graduate student at Howard University, implemented the SOS program in his own life. “I had to teach a class one morning on 45 minutes of sleep, and it was the most horrible experience that I can remember,” said Billings. “It was a great challenge trying to get sleep. My wife also works full time, so finding a way to get a significant chunk of sleep at night was important.”

Billings and his wife negotiated a schedule and tested the program. “The sliding sleep schedule worked really well for me in that it allowed me to have a chunk of time each night to get uninterrupted sleep,” said Billings. “I think the uninterrupted sleep part is the important part. The schedule allows you to [divide your time] so that both parents get a significant chunk of sleep.”

Berg-Cross is working with the Healthy Babies Project in Washington, D.C., to create a modified version of the SOS program for single, teenage mothers.