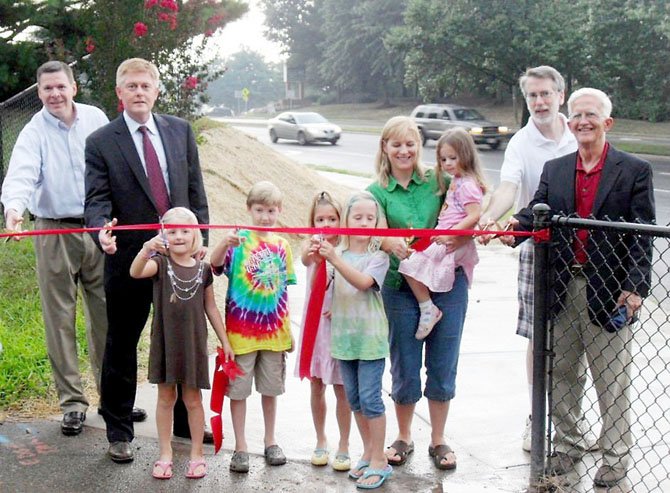 A $150,000 Safe Routes to Schools (SRTS) grant will make it a little safer for students and pedestrians at Terra Centre Elementary School in Burke.

"We were excited to get the money," said Supervisor John Cook (R-Braddock), who said he thought the grant was the first successful SRTS application in the county. "We can now move forward with first short-term improvements."

The project, selected by the Virginia Department of Transportation (VDOT) will receive $150,000 in funding for major pedestrian improvements, it will allow the implementation of the first step of a vision created by citizens who came together to seek a more pedestrian-friendly Burke Centre.

"This grant will allow us to take a great step forward in making this corridor more pedestrian friendly and allowing children a much safer way to walk to school," Cook said. "It's also a great example of what I seek to promote in my Citizen Governance Initiative. Individuals can do a lot to improve their community when they become engaged and work together."

The funding will provide pedestrian improvements to the median refuge island and narrow the travel lanes to shorten crossing distances, at the intersection of Burke Centre Parkway and Marshall Pond Road/Schoolhouse Woods Road, near Terra Centre Elementary School.

The Task Force met multiple times over many months and submitted an interim report to Cook last year that identified short, medium and long terms goals that would improve safety for students, parents and community members when crossing the very busy Burke Centre Parkway.

"There is still more work to be done and I look forward to continuing to work with the community in a collaborative fashion on this very important project," Cook said.