Behind the Vola Lawson Animal Shelter 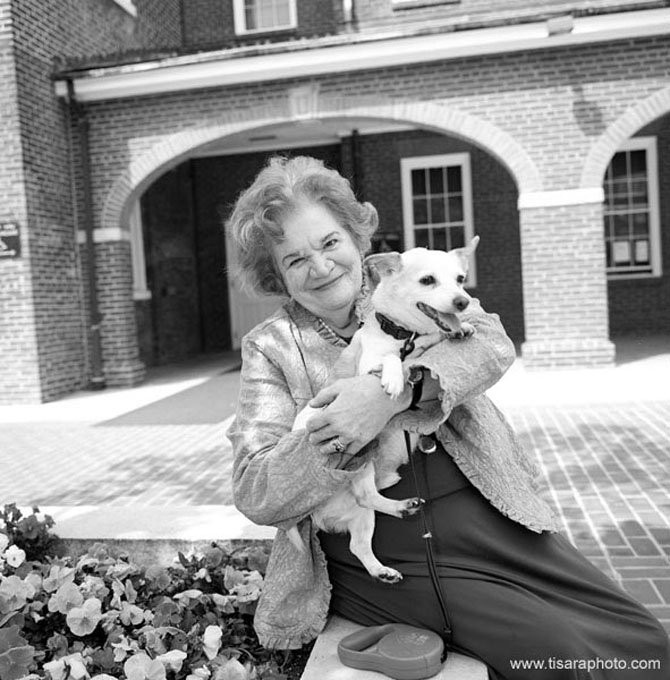 For 15 years, she served as City Manager and knew in advance the details of every item that was scheduled to come before City Council. So for Vola Lawson, that one City Council meeting back in 1999 took her by surprise.

"As we were working through the agenda one night, [then mayor] Kerry Donley moved to take a vote on an undocketed item," Lawson said. "I was absolutely stunned when the motion was being made to name the new animal shelter after me."

At the time, the city's animal shelter consisted of a run-down facility on Payne Street. A passionate animal lover ever since childhood, Lawson was spearheading the fundraising drive for a new facility that would eventually open in 2002 on Eisenhower Avenue.

"My earliest childhood memories are of me being walked around the yard by our German Shepherd Fritz," said Lawson, who continues to serve on the board of directors for the Animal Welfare League of Alexandria. "I've always loved both cats and dogs and am honored that the facility has my name on it."

Lawson and the board are preparing for AWLA's second annual Mardi Growl fundraiser, to be held March 2 at National Airport.

"We have more than $32,000 worth of auction items this year," Lawson said. "The night is great fun and an opportunity to raise money to help the animals in need at the shelter."

"We are very lucky to have a City Council and delegation to the General Assembly that are animal-friendly," Lawson said. "And I love working with such a hard-working board that of community leaders that are dedicated to the welfare of animals."