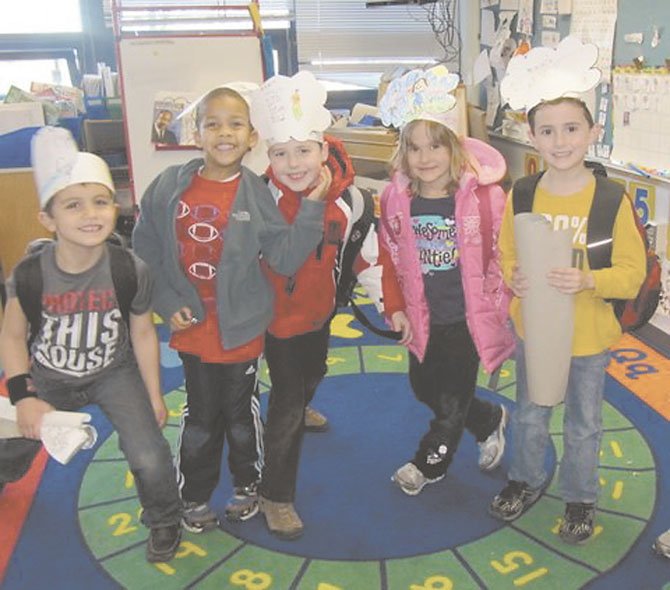 Churchill Road kindergartners in Jan Clark’s class show off the "I have a dream" hats that they created as part of their study of Martin Luther King, Jr. From left to right are: Noah Golesorkhi, William Wynne, Christopher Valko, Clara Stevens, and Quintin O’Kane. Photo by Kim Moran 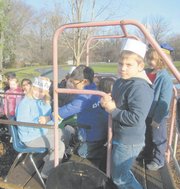