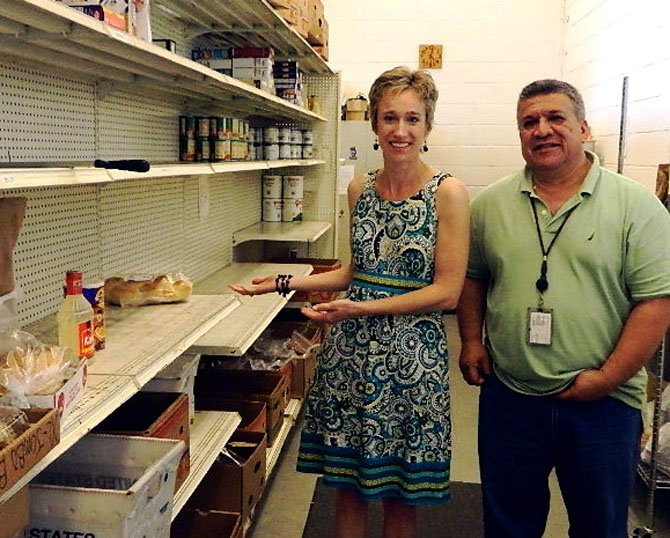 “We’re down quite a bit, we think in large part because of the storm,” said UCM’s new executive director Shirley Marshall.

“It was not that there was an immediate increase in people needing food, but the people who donate to us were affected by the storm. They didn’t give us their normal donations because they were having to replace their own food.”

A normal weekly collection rate of 2,000 pounds dropped to 500, according to UCM’s Niki Wanner, director of development and communication. The walk-in rate of people coming by with food went from six or seven a day to one or two.

There is also a lull in donations during the summer because people are away on vacations. Summers can be tough for food pantries.

Individuals can help by bringing food or monetary donations to UCM’s headquarters at 7511 Fordson Road. The money buys food from the Capitol Area Food Bank at a steep discount.

“Last year we had a tremendous response from the community in terms of money coming in for donations to purchase food, and that was amazing and wonderful,” said Wanner. “We’re hoping that we can keep that up because we really do rely on the generosity of the community.”

And don’t throw away your plastic grocery bags.