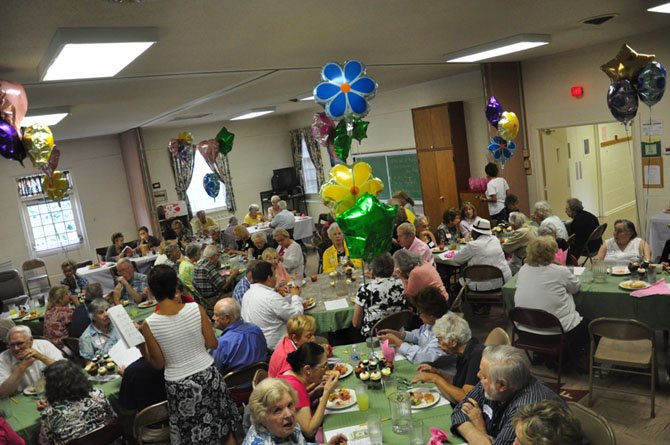 Great Falls — The Great Falls Senior Center hosted its first event Tuesday, July 10 at the Great Falls United Methodist Church. The first iteration in the community using the center-without-walls concept (where local buildings host events on a rotating basis in lieu of a specifically designated building) featured a historical presentation, lunch and a performance by mezzo-soprano Heather Craw of Vienna.

"Until a few days ago, we had 38 people RSVP, but in the last three days we had 84 people sign up," said Wayne Foley, a member of the Seniors Group, which is an initiative of the Great Falls Citizens Association. "We got pretty clear ideas of what people wanted through the survey we hosted earlier this year: people wanted it during the day, mid-week, with educational speakers, entertainment and lunch. So that’s what we tried to do." 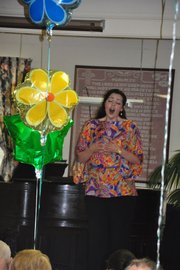 Kathleen Murphy, president of the Great Falls Historical Society presented a photographic journey through the history of the community. After a lunch of barbecue sandwiches, cole slaw and fruit, Craw performed a variety of tunes from her repertoire.

"I’m coming back from taking a year off to have my twins, so it’s nice to go in front of an appreciative crowd," she said. "I usually do a lot of opera, but also some Broadway selections. I’m just glad it’s a big room, and I made sure to make some selections they would all know."

The group will spend their August meetings discussing last week’s gathering, before holding their second event at the Dranesville Tavern Tuesday, Sept. 11.

"To be honest, I sort of felt like we were dealt a royal flush, everything worked out so well," said Bob Lundegard of the Great Falls Seniors Group. "I think it will be a tough act to follow, but we’ll debrief later this week, see what went right and what can be carried over. We’ll also be hosting a follow-up survey, which is linked on the GFCA website, and we’re hoping to use those results to shape the future direction of this group."

In the future, Foley said the group will look within the community to find more possibilities for entertainment, as well as address relevant topics for seniors.

"There’s a lot of talent hidden in Great Falls," he said. "And a lot of possibilities to discuss. We hope to bring in a group like AARP and the National Association of Home Builders, to discuss ways to physically change the homes to suit people who want to age in place."

Sondra Taylor, a member of the group and a licensed long-term care administrator who owns Great Falls Manor, said the group could not perform its mission without assistance from the community.

"Right now we’re going from church to church, with venues like the Dranesville Tavern thrown in too," she said. "As a small group, we don’t have the funding to rent spaces, so we’re very grateful to the Great Falls United Methodist Church and the other participants."

The survey can be found at the bottom left of the homepage of www.gfca.org.