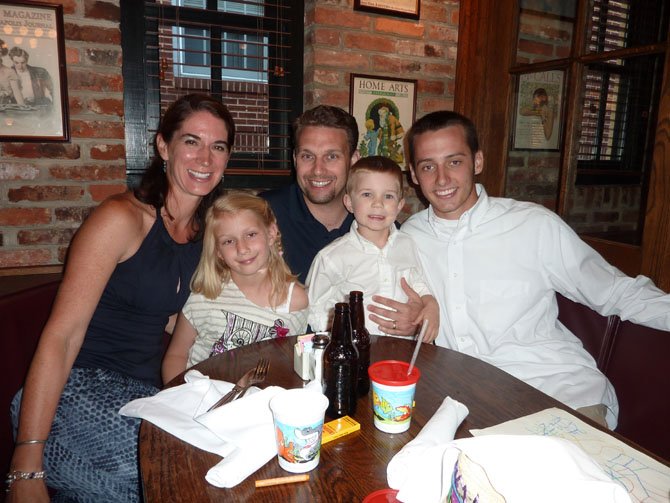 “This is the best team we've ever had,” said Aces owner Donald Dinan. “We are in our fifth year and are becoming a permanent part of the community and a summer tradition in Alexandria.”

With Ryan Fannon acting as emcee for the event, Dinan, presenting sponsor Shawn McLaughlin and head coach Corey Haines thanked the crowd for their continuing support of the team. 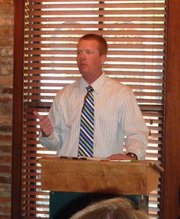 Alexandria Aces head coach Corey Haines thanks the host families and corporate sponsors at the Meet the Aces dinner.

“Without our host families and corporate sponsors, we wouldn't have the Aces,” Dinan said. “And because of our enthusiastic fans in Alexandria and northern Virginia, our attendance is up.”

“Kyle pitched for the Aces in 2010,” Fannon said of Zimmer, who was drafted June 5 by the Kansas City Royals. “If that doesn't tell you that dreams can start here in Alexandria, I don't know what does.”

For more information about the Alexandria Aces, visit alexandriaaces.org.