History Teacher of the Year
Votes

History Teacher of the Year 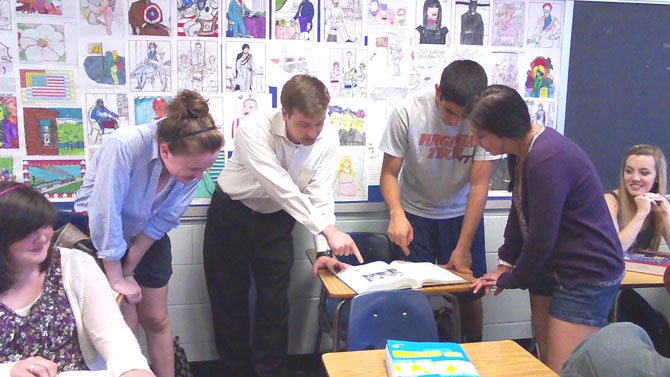 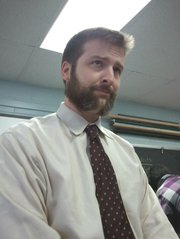 Brian Heintz shows off his "Ambrose Burnside" beard, as voted on by his students

Heintz has taught history and social studies in the Fairfax County Public School system for nine years, at both Westfield and West Springfield. An advocate of "hands on" teaching, Heintz employs various methods to engage his students in their studies and keep the lessons fresh and interesting.

"Brian creates a warm, fun atmosphere where learning American History was an obvious pleasure for his students," says Cynthia Szwajkowski, a former social studies chair at West Springfield and friend of Heintz. "He recreated board games to include only American History questions as a review strategy. He incorporated the menu at the colonial tavern where George Washington and crew celebrated the signing of the Constitution. Each Friday, he wore a T-shirt with a historical theme or witticism, giving the kids the sense that it was cool to be a history ‘nerd.’"

This previous winter, Heintz even allowed his students to vote on which type of "historical beard" he would grow. After two months of not shaving, his students decided to have him shave it in the style of Ambrose Burnside, a 19th century senator and namesake of sideburns.

As Virginia state winner, Heintz received an award of $1,000 and eligibility to win the National History teacher of the year award, which is picked in the fall.

According to Heintz, he didn’t expect to win. When his friends and colleagues nominated him, he felt obliged to go along with the process. For his wife Jessica, however, the award was not as surprising.

"I’ve always known that he’s an outstanding teacher, and is great at incorporating and keeping kids attention. I’m extremely proud of him."

Instead of keeping his winnings, Heintz is donating the cash prize to a scholarship that he received while at school in Michigan.

"When I won the award, it came with a trophy, and not much money," said Heintz. Since the scholarship is still around, he believes his money will be a good addition to the award.

If Heintz makes it to the second round, however, and is named National History Teacher of the Year, then he will win $10,000 in cash and resources for his classroom. He and his wife haven’t thought about what they would do with those winnings.

"I don’t think I’ll win that one though," admits Heintz. "There are a lot of great teachers out there doing amazing things who probably deserve the National prize more. I’m honored to have won the Virginia award, but I like to think that I’m just a pretty good teacher working in a good district with great students."