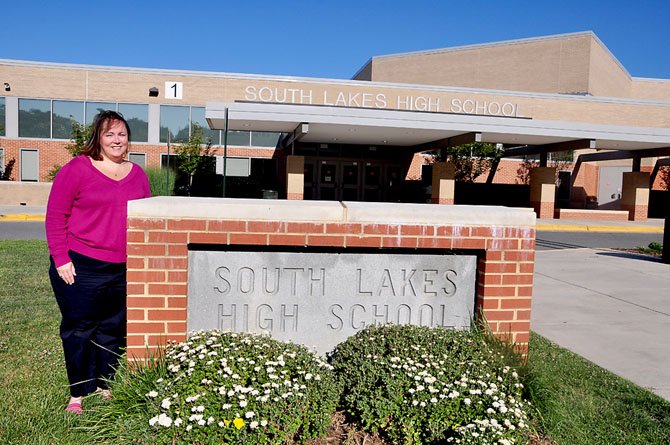 Reston — As a member of South Lakes High School’s Class of 1989 Kim Retzer (nee Brophy) planned on going to law school, majoring in Government and Politics at George Mason. But she began substitute teaching during college, leading to a long term substitute position while a teacher was on maternity leave.

"I found myself developing such a connection with the students that I knew it was something I had to pursue," she said.

More than two decades after graduating, Retzer has been named Principal of South Lakes High School, after a career that includes two previous stops at her alma mater. She began her career as a Special Education teacher at South Lakes, and later served as an assistant principal.

"Growing up in Reston there was a real sense of inclusiveness that shaped who I am," she said. "That’s the approach I plan to take as principal, engaging the students, parents, staff and families as much as possible. This isn’t something I can do alone, and I’m looking forward to being a part of the group that leads South Lakes into the future."

She said one of her priorities this summer will be to continue and strengthen the school’s Positive Behavior Support program, which emphasizes respect, readiness and responsibility among both students and faculty.

"Our job is to train students in 21st century skills. Things change so much faster these days than when I was in school," she said. "And it’s important for faculty and staff to stay a step ahead, because it’s our responsibility to use technology to teach effectively and to enhance learning."

Among her strongest memories while a student at South Lakes were Homecoming Week festivities, where she said she loved to watch the classes compete throughout the week, only to come together at the end as a united school community.

"Something that always sticks out in my mind is seeing students walk across the stage at graduation and knowing that they had a lot stacked against them, but they made it," she said. "Those are the moments when you can feel good about what you do."