Allen Lomax has focused on those in greatest need in the city. 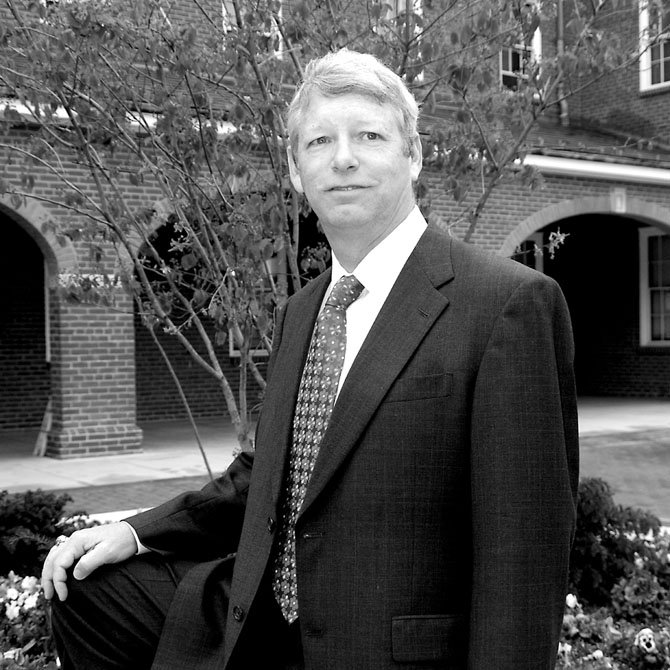 Allen Lomax ...Allen Lomax has worked to better the quality of life for some of Alexandria's most needy residents. A member of Alexandria United Way, its chair 2004-2007, and of the United Way Regional Council, he led a study to assess the needs of the City's working poor which resulted in better planning and funding decisions by the City. He increased the interrelationship between United Way and charitable non-profit organizations and partnered with Housing Action to allocate a portion of property tax revenue to the Affordable Housing Trust Fund. Serving on the Economic Opportunities Commission for 14 years, 12 as its chair, Lomax guided the Commission to work more closely with the Social Services Advisory Board to promote awareness of the federal Earned Income Tax Credit, increase knowledge of those benefits, and establish tax preparation services for needy residents. Under his leadership the Commission became an advocate for the Youth Policy Commission, establishment of the City's living wage policy, and development of a Safe Haven facility. Lomax also focused on making Alexandria a healthier environment. He served as a member of the Community Health Assessment steering committee; a founding member of the Partnership of a Healthier Alexandria; and chaired the Partnership's Substance Abuse Prevention Coalition which received a five-year $600,000 federal grant to deal with substance abuse....XXX . Photo by Nina Tisara

Alexandria — On pleasant spring and summer days, Allen Lomax and his wife Margie start Saturday mornings at Alexandria’s Farmers’ Market. After selecting their produce, they get a cup of coffee, find a bench on the river, and contemplate life from their view of the Potomac. Lomax is a happy man. He loves his work, loves Alexandria, and says, “I want to stay here and do what I’m doing here forever.” And, what he does now and has done since coming to this area is trying to improve the lives of others in the community: the homeless, the youth, substance abusers. He’s a man with many causes and even greater energy.

Lomax was born in Hempstead, Long Island, N.Y. His father was in the Air Force, which meant many family moves from base to base in places like South Carolina, Texas, Florida, Alabama, and Alaska — until finishing high school in Cape Cod. In 1977, Lomax earned a B.S. in political science at Northeastern University in Boston and arrived in Washington, D.C. to work for the government. He says, “Government was my study, and my dream was to work for GAO.” (The U.S. General Accounting Office) In 1979, he achieved this dream becoming an analyst and then a senior analyst at the GAO where he directed studies of Federal programs for the U.S. Congress. His areas of expertise involved national strategies, indicators, strategic planning, pandemic influenza, budget analysis, and program evaluation. While at GAO, Lomax won awards for Meritorious Service, the Managing Director’s Award, Strategic Issues, and two Presidential Citations of Merit from the American Society for Public Administration.

In 2008, Lomax retired from government work to became an independent consultant for both the Robert Wood Johnson and Alfred P. Sloan Foundations as well as a full-time volunteer. Now he took skills developed during his career and put them to work for his community. This is not to say that Lomax suddenly burst into full bloom as an active community consultant and volunteer. He had been at it for over 21 years.

As a long-time member of the Alexandria United Way Regional Council and Chairman from 2004-200, Lomax led an effort to study the needs of Alexandria’s working poor. From this study came “Living from Paycheck to Paycheck: A Look at Alexandria’s Working Poor” with 10 recommendations for improving their lives. The study was one of the first in the nation to focus on this important population and helped the city with planning and funding decisions. As chair of the Alexandria United Way, Lomax led the group in reaching out to the non-profits to determine how United Way could best help, started an annual retreat to discuss citizen needs and formulate a work plan to better address those needs. United Way also joined with Housing Action to successfully advocate City Council for a portion of the property tax revenue to the Affordable Housing Trust Fund and to develop a comprehensive Housing Plan (to be issued soon.)

FOR 14 YEARS Lomax served on the City’s Economic Opportunities Commission (EOC) and was its chairman for 12 years. The commission became a strong voice in key city issues and testified before City Council on many issues: budget proposals, location of public housing sites, establishment of the Youth Policy Commission, and the development of the Safe Haven facility. The latter facility provides permanent housing and supportive services for homeless people with mental illness and sometimes concurrent substance abuse disorder. It is an Alexandria Department of Human Services program and building that fills a gap in Alexandria’s services for homeless people.

Former City Manager, Vola Lawson remembers Lomax. “During his many decades in the city, Allen demonstrated how deeply he cares about Alexandria and its people. He has provided years of leadership to EOC, to the United Way, and to programs combating drug abuse and mental illness.”

Lomax has played a significant role in helping to make his home town a healthier place to live. He served as a member of the Alexandria Community Health Assessment steering committee, which developed an assessment of the city’s health. He is a founding member of the Partnership for a Heathier Alexandria and also chairs the Partnership’s Substance Abuse Prevention Coalition of Alexandria. Since his first meeting in March 2009, Lomax has spent over 550 hours as a SAPCA volunteer and that number doesn’t include his other projects. Under his leadership, the coalition has received a five-year Federal Drug Free Communities grant for over $600,000 to support SAPCA’s work to prevent and reduce substance abuse by Alexandria’s youth.

For the last two summers, SAPCA worked with Job-Link, a city employment services provider, to involve youth in a Community Youth Mapping project in the City of Alexandria. In addition to leading project planning, Lomax made sure each youth felt valued by reaching out to them individually.

BEFORE BEGINNING an advocacy effort or community change, Lomax has one important question: “How it will support and benefit Alexandria’s youth.” One current project is SAPCA-sponsored dinners at local middle and high schools. More than 380 youth and parents have attended the “Community of Concern” dinner where they engage in open dialogue about the dangers of alcohol and substance abuse and ways of prevention. These dinners help launch “Parent Chat” groups. Two in English and one in Spanish are hosted by parents who talk about how to prevent drug and alcohol abuse by their kids.

SAPCA Coordinator Noraine Buttar says, “Allen loves Alexandria. The many hours he puts in boggles my mind. He never takes credit; he passes it on and works behind the scenes. Allen never makes you feel as if your work wasn’t valued. He improves stuff, adds things, and will say, ‘The hardest part is getting started and you did a great job with that.’ You want to have him as a manager, he makes you look good. He is one of best supervisors I’ve ever had.”

The Lomaxes live in Southern Towers. Their son Chris lives in North Carolina and their daughter Suzanne and son-in-law Adam Willard are in Alexandria. Margie, also retired, is a community gardener at Chinquapin Park, and is frequently assisted by her husband. In their garden, Lomax is not “chairman.” He’s the “Weed Eradicator” wielding a hoe not a gavel. “It’s a nice joint project,” says the man with a hoe who apparently enjoys a break from more serious issues.

Living Legends of Alexandria is an ongoing 501(c)(3) photo-documentary project to identify, honor and chronicle Alexandria's Living Legends. The project was conceived by artist-photographer Nina Tisara to create an enduring artistic record of the people whose vision and dedication make a positive, tangible difference to the quality of life in Alexandria.

Platinum and Gold sponsors this year are the Alexandria Commission for the Arts; Club Managers Association of America; Dominion Foundation; Erkiletian Real Estate Development; John McEnearney in memory of Ginny; Renner & Company, CPA, P.C., and the Rotary Club of Alexandria.

This is one of a series of profiles that will appear this year. For information, to volunteer, become a sponsor or nominate a Legend for 2013, visit www.AlexandriaLegends.com or contact Nina Tisara, AlexandriaLegends@ninatisara.com.