Adding 4 percent to restaurant meals could raise $80 million for roads and schools. 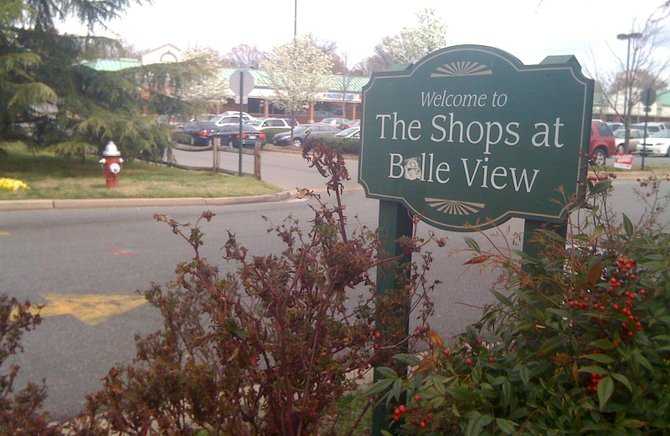 Restaurants at the Belle View Shopping Center could get hit with a new tax on meals. Photo by Michael Lee Pope.

Supervisor Gerry Hyland has his eye on that burrito. To pay for county schools and roads, the Mount Vernon District supervisor wants to consider adding a new restaurant meals tax. If members of the Board of Supervisors agree, voters would have the final say as to whether or not diners would be packing on more than calories. Budget officials say adding a 4 percent tax to restaurant meals would raise about $80 million a year, which Hyland says would be specifically set aside for school and roads.

“The question is would they rather have their real-estate taxes paid to have quality education and to have improvements to the roads in Fairfax County or not?” asked Supervisor Hyland. “And looking to the real-estate tax to pay for the things that need to be done is, for me, not a reasonable position.”

Over the past decade, property owners have been hit with a steadily growing burden. Now, as the economy shows signs of recovering, Hyland says adding to that burden would be a mistake. Instead, he would like to figure out a way of raising revenues that includes tourists and people who live in other jurisdictions. Hyland also says it's a matter of fairness because neighboring jurisdictions already have a meals tax. Alexandria, for example, has 4 percent tax on restaurant meals that generates more than $16 million a year.

“Why should they pay tax to Alexandria when they have a meal and not in Fairfax to help reduce the burden of the real-estate tax?” he asked.

OUTSIDE THE ROY ROGERS in the Belle View Shopping Center, diners have a variety of opinions about the potential to adding county money to their cheeseburgers. Many diners say they don't like taxes in general and that they are certainly opposed to new taxes. Some say the Fairfax County Board of Supervisors shouldn't be rewarded with a new sense of revenue if they can't make do with what they have already.

“I think the existing tax burden for us in Northern Virginia is already too much,” said Mount Vernon resident Keith Gray. “They need to figure out their priorities and kind of do some shifting and reallocation of what they are currently doing because I don't think they are doing a good job.”

Others agree that the county isn't doing a good job. But they disagree about the potential for new revenue.

“We have lousy roads. We have a lousy health-care system. We have a lousy whole lot of stuff,” said Mount Vernon resident Bill Vodre. “And all this about saving money and not paying taxes makes no sense.”

THIS ISN'T THE FIRST TIME Fairfax County has considered a tax on meals. Back in 1992, members of the Board of Supervisors approved a referendum and voters shot it down. During a recent board retreat, Hyland suggested that the meals tax should be explored again. Outgoing county executive Tony Griffin suggested that having a meals tax referendum during a presidential election would ensure the greatest possible turnout.

One menu item under consideration is an appetizer tax. Instead of creating a permanent tax, county officials could create a sunset provision that would expire in four years. If county officials are still hungry for more taxpayers dollars, the tax could be extended into the future. Griffin did not recommend a restaurant meals tax in his proposed budget, buy Hyland says voters should be given the option.