Recognized for efforts with community groups at annual awards ceremony. 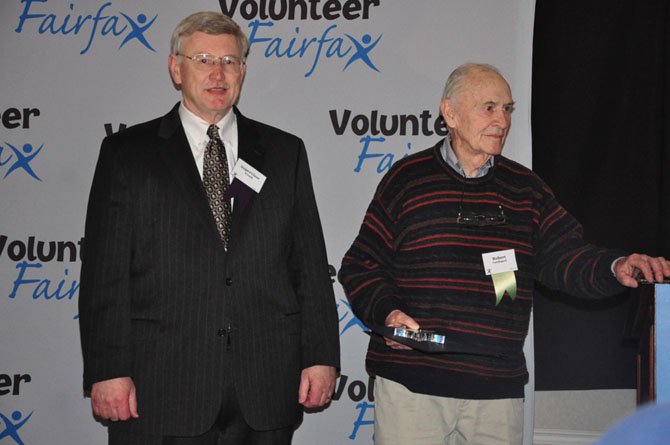 Lundegard was recognized for his efforts "locally, regionally and nationally," according to the citation. He works with local organizations such as the Great Falls Citizens Association, Great Falls Historical Society, the Friends of Colvin Run Mill and nationally for the Society for the Preservation of Old Mills.

Currently president of the Friends of Colvin Run Mill, Lundegard assisted with last year’s bicentennial event, and helped raise $50,000 for a new visitor’s center at the park.

"Bob’s efforts are instrumental in what we’ve been able to do here at Colvin Run Mill, and what we’re going to do in the future," said Colvin Run Mill manager Mike Henry.

Lundegard has also contributed more than a dozen essays to the Great Falls Historical Society’s website, covering the mill’s history, as well as essays about George Washington’s land ownership in Great Falls.

He is also active in the GFCA’s Seniors Group, which is currently holding a survey to assess needs to seniors, families and caregivers in the community in order to provide the activities, assistance and facilities they might require.

"He’s absolutely the youngest 85-year-old I’ve met, and he has my total respect and trust—not just because of his dedication but his intellect," said Linda Fernald, a member of the GFCA Seniors Group. "I’ve been involved in the Seniors Group from the beginning, and Bob has been a driving force. His leadership abilities and his sensibilities, along with his depth of community contacts, have enabled us to get as far as we have. He has been our prime contact with the County, which has been so receptive and responsive. He’s focused and singularly driven."