Battle of the Bulge
Votes

Battle of the Bulge 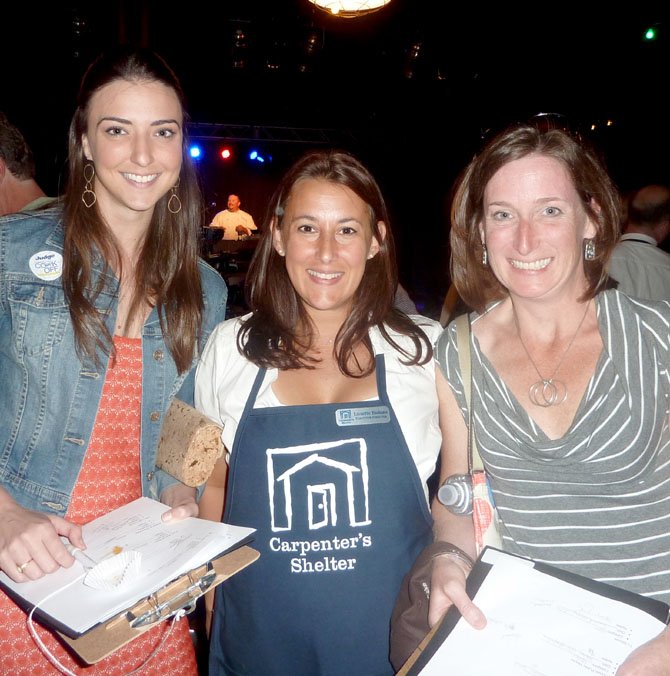 Carpenter's Shelter Executive Director Lissette Bishins, center, with blogger 'K Street Kate' Michael and Foodie and the Beast's Molly Ahearn, who served as judges for the cook off.

Alexandria — A sold out crowd of more than 500 descended on Alexandria's Birchmere Music Hall April 29 for the 10th anniversary of the 2012 Carpenter's Cook-Off, a friendly culinary competition to raise money for the programs of Carpenter's Shelter.

Restaurants from across the city joined together to serve up delicacies such as Peach Soup (best starter, Bigg Rigg's Catering), ribs (best entrÈe, Overwood) and Strawberry Shortcake (best dessert, Brabo) in a feast for foodies that raised more than $130,000 in conjunction with the Run for Shelter held the previous day.

For the second year in a row, The Majestic's family recipe She Crab Soup won the People's Choice Award.

“We are so thankful for the support the community has given us over the years, and especially grateful to The Birchmere,” said executive director Lissette Bishins. “We couldn't do it without them and are already looking forward to being back here again even bigger and better next year.”