Chargers at Their Best Late in Season
Votes

Chargers at Their Best Late in Season 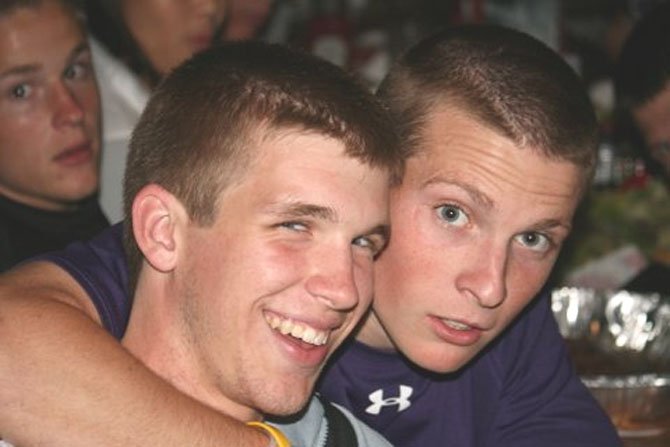 Chantilly — The Chantilly High boys' soccer team defeated Centerville High, 2-0, in a first round game of the Concorde District tournament earlier this week on Monday, May 14. With the win, Chantilly, the six-team tournament's No. 5-seed, advanced to the district semifinals and also earned a seeding at next week's 16-team Northern Region playoffs.

Centreville, the No. 4-seed at districts, saw its season end with the first round loss. The Wildcats, under head coach Steven Lee, finished with a winning mark of 6-5-2 this spring. The Wildcats' regular season wins came over Yorktown, T.C. Williams, Wakefield, Westfield, Edison and Chantilly.

The first round district playoff game, originally scheduled to take place at Centreville, was moved to Chantilly High's turf field because of rain.

The contest was close throughout the first half. Chantilly's Mannaan Umar scored the lone goal of the half, the tally coming with 16 minutes remaining before intermission.

In the second half, Chantilly's Nick Zambrano, a call-up from the Chargers' JV, scored a goal, off an assist from Billy Germain, with 23:13 left in the game to make the score 2-0 Chantilly.

Chantilly, winless over its first nine games this season (0-8-1), has now won four of its last five games following the playoff victory over the Wildcats.

THE CHARGERS concluded the regular season last Thursday night, May 10 with a 2-0 home win over non-district opponent West Potomac (Patriot District). The win over the Wolverines was extra special for Chantilly (4-9-1), which was celebrating its Senior Night. Thirteen Chargers seniors were honored before the game.

Chantilly's first goal, which came midway through the second half, was set up by a free kick at midfield. Evan Ragland played a short pass to Anton LeKang, who crossed it high to the far side of the field to Mark Schebler. From there, Schebler headed the ball towards the goal where Billy Germain slammed it into the net to give the Chargers the 1-0 lead about 20 minutes into the second half.

The second Chantilly goal came with about two minutes left in the game. Germain found Aaron Sherman on the far side of the goal. Sherman dribbled a few times, than connected on a low, hard shot to beat the West Potomac keeper. It was the first goal of the season for Sherman, who had been injured over the last few weeks and had not played. But he was fit to play on Senior Night and came up with the big, late-game score, bringing a loud ovation from the Chargers' faithful.

Chantilly's Mannaan Umar, in the win over West Potomac, had a strong all-around game. His best scoring chance was a long range shot attempt that barely missed finding the net.

Playing goalie for Chantilly was Mitchell Lagos, who made several outstanding saves in preserving the shutout for Chantilly.