Madeira Student Reaches Out to Orphans in Thailand
Votes

Madeira Student Reaches Out to Orphans in Thailand 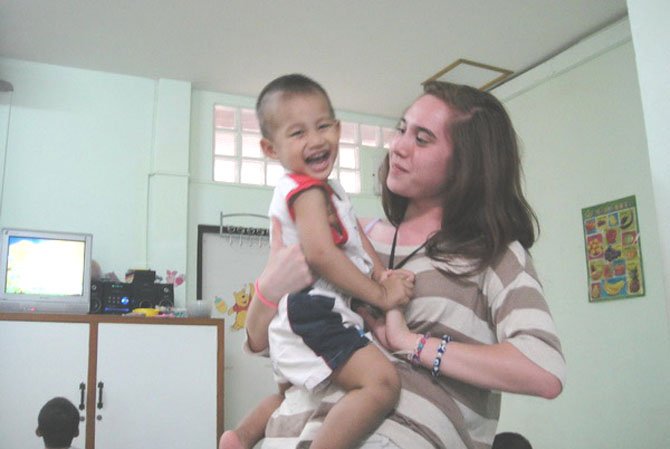 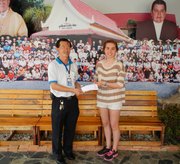 Charlotte Heffelmire, of Vienna, is a freshman at the Madeira School and spent her spring break in the tropics, but not to sunbathe and enjoy the beach. Instead, she presented several thousand dollars to the Pattaya Orphanage near the Gulf of Siam in Thailand. For the last several years Charlotte has been working and saving her money as well as collecting donations to help the orphans in Thailand.

Upon arrival at the orphanage, the director led her on a tour and explained that most of the orphans were abandoned by mothers with drug or other problems. After a tour of the facilities, Charlotte was able to see directly who her donation would affect. It was heartbreaking to see the children who grabbed at her legs, hands, shirt, and anything they could get a hand on - tugging for attention that they normally are not able to get. This sort of reaction from the children was not out of deliberate neglect by the caretakers, but it was clear the orphanage just did not have enough hands to go around and tried to do the best they could. After spending some time with the children, Charlotte could not help but wonder if the little bit she was able to donate at the time would be enough for a lasting impact. It was very clear that the orphanage needed much more than just the occasional visit from a concerned visitor. It needed people who would care enough to donate their time as well as some of the basic needs like food and medicine to make sure these children had at least the essentials requirements.

Charlotte encourages everyone to visit Pattaya Orphanage’s website at http://www.thepattayaorphanage.org/ to learn more about the history of the orphanage, donate time, supplies or even sponsor a child. Charlotte was originally hesitant about donations because you can never be sure that they will help the ones that truly need it, but after visiting and seeing how her time and charity directly affects these children’s lives, she hopes everyone can find it in their hearts to give just a little, because it truly does go a long way.