Voters Ready To Make a Difference 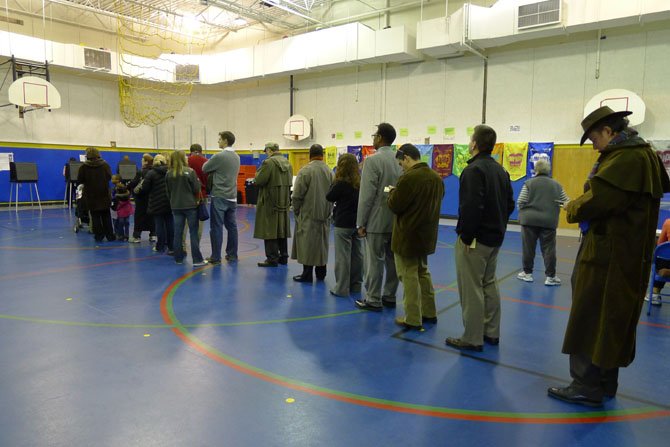 People wait to vote at Barcroft polling place at 8 a.m.

Arlington — At the polling place at Barcroft School in Arlington, voters lined up and braved temperatures in the low 30s on Tuesday, Nov. 6 to stand in a one-hour line to vote.

“I’ve been working here for 10 years. There are more voters than I’ve ever seen before,” said Michael Collier, precinct chief who came to set up polling machines, tables and chairs at 5 a.m. to make sure everything works fine. “It’s busy. Everything works well so far, except one machine is not charging properly but still working.” 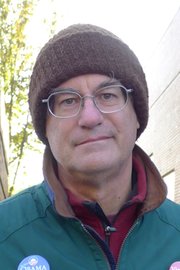 Bruce Atkimson, representing Arlington County Republican Party, also came early at 4:30 a.m. to pass out sample ballots of Republican candidates and put out signs. “This is my fifth election,” he said. “Currently, we have significant economic problems in this country. Obama is an extreme liberal Democrat. I’m more conservative. I disagree with his foreign policy and monetary policy.”

Atkimson is not the only one who supports Mitt Romney. Jenny Mcintyre, a mother of a 1-year-old, believes Romney can turn things around. “I’m looking forward to changing the administration. I like Romney’s plans for getting our economy moving. I disagree with Obama’s economic and social policies. And it’s a good sign that a lot of people are turning out to vote this year.”

First-time voter Idrissa Fall is excited that he’s able to cast his ballot this year. “I even wanted to come at 6 a.m. but it’s too cold,” he said. “I got the right very very late in my life, but I have a voice that needs to be heard.” Fall said he voted for Barack Obama. “He inherited bad things, wars in Iraq, bad economy, and the Congress didn’t help him that much. But I think he did a great job.”

Chris Siple, precinct captain for Democratic Party, started working at 5:30 a.m. He passed out sample ballots, answered questions from voters and will vote later. “The government needs to be proactive about issuing voter registrations to every citizen, not just people who apply for it. And they should encourage people to vote, and make it easier for them to vote.”

“I vote to make a difference in the society for my kids,” said Chris Ditta, a father of two daughters at Barcroft School. “People who don’t vote are not making an impact. Not having an opinion should be illegal,” he laughed.

Joining Ditta’s point of view is Shacola Tartt, a 34-year-old restaurant manager. “It’s my right and responsibility to vote,” she said. “If you’re not going to vote, don’t complain about the way things are.” Tartt supports the Democrats. “Obama didn’t get everything done. But it takes more than four years sometimes.”

After voting, people treated themselves with goodies at a bake sale run by Barcroft PTA at the door. Heather Sheire, organizer of bake sale, said parents and students baked all the pies, cookies, cakes and cupcakes. Most of the proceeds will benefit student programs and 10 percent of it will be going to the Hurricane Sandy relief effort. “It’s a non-political bake sale,” Sheire said. “All are welcome here.” Sheire arrived at 6:30 a.m. and witnessed people lining up to vote. “This’s been a big election so far,” she said. “The line goes all the way through the school. It takes about 50 minutes to vote. We’ve definitely seen a great turnout this year.”

Bake sale at the door.