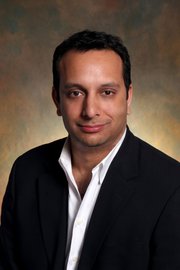 Wolf Trap Foundation for the Performing Arts has selected Arvind Manocha as the not-for-profit organization’s new president and CEO. Manocha will begin his tenure on Jan. 2, 2013 following the retirement of long-time leader Terrence D. Jones. Manocha is currently the chief operating officer of the Los Angeles Philharmonic Association, where he oversees the Hollywood Bowl, a venue that serves more than one million patrons annually and shares a commitment to the all-encompassing programmatic vision of the Filene Center at Wolf Trap National Park for the Performing Arts. During his tenure at the Bowl, he has been responsible for growing attendance, increasing the variety and scope of concerts, and managing a multi-million dollar program of ongoing capital improvements. Since he took on management of the historic facility, the Hollywood Bowl has been named “Best Outdoor Amphitheatre in the U.S.” eight years in a row by Pollstar magazine (2004-2011).