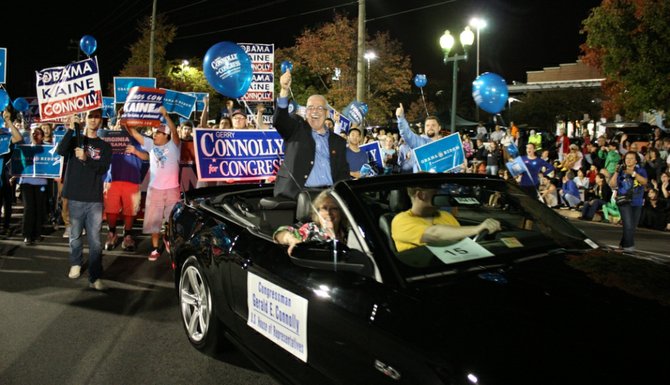 Elected officials and political hopefuls marched or rode in the Vienna Halloween Parade last year, while costumed children led the way in the iconic Vienna parade. This year's parade is coming up Oct. 24, and its a must if you live in Vienna. Photo contributed

The Green Hedges Jazz Band kept the motif of this year’s Halloween parade, "Holidays Around the World."

The weather during the 66th Annual Vienna Halloween Parade on Wednesday, Oct. 24, did not merely cooperate, it begged the community to revel in its balmy temperatures and clear skies. 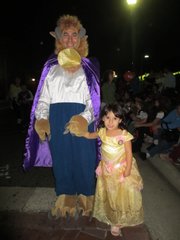 And revel it did: the community turned out in thousands, lining Maple Avenue from Branch Road to Center Street. This year’s parade celebrated “Holidays Around the World.”

Hundreds of children marched in the kids’ grouping, hundreds more marched with schools and scout packs, and hundreds and hundreds sat curbside, dressed up in costume.

There were horses, motorcycles, emergency vehicles with blaring sirens, floats, and marching bands from George C. Marshall and James Madison high schools to the Redskins band, who drummed up energy with its theme song. Elected officials and political hopefuls marched or rode, as well.

In all, there were 100 entries in the parade.

Missing, though, was a kiddie favorite, the Shriners’ mini-cars. At the end of parade you could hear kids asking their parents, “where are the little cars?”

We’ll have to ask the Shriners that one...