Republican Women of Clifton to Discuss Prevention of Voter Fraud

The Republican Women of Clifton (RWC) will feature Crystal Wright, editor of www.conservativeblackchick.com, who will address “How Can the GOP Move Forward and Become a Winning Party Again?” and Hans Von Spakovsky, a senior legal fellow at the Heritage Foundation, who will talk about “Preserving Democracy—Election Reform and the Dangers of Voter Fraud” at its April meeting. The event will be on Wednesday, April 17, at the Fairview Elementary School, 5815 Ox Road, Fairfax Station, and the social hour will begin at 7 p.m. when refreshments will be served. President Alice Butler-Short will open the business meeting at 7:30 p.m., after which the speakers will present their topics and answer questions. 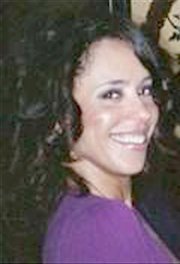 Crystal Wright is a black conservative woman living in Washington, D.C. Some would say she is a triple minority: woman, black and a Republican living in a Democrat-dominated city. She’s contemplating moving back to her home state of Virginia. By day, Wright is a communications consultant as well as editor and publisher of the website, www.conservativeblackchick.com.

As a senior legal fellow at the Heritage Foundation and manager of the Civil Justice Reform Initiative in the Center for Legal and Judicial Studies, Hans von Spakovsky concentrates on voting, elections, campaign finance, civil justice and tort reform, civil rights, immigration enforcement and government reform. He is the author, along with John Fund, of Who’s Counting? How Fraudsters and Bureaucrats Put Your Vote at Risk (Encounter Books, August 2012). Von Spakovsky served as vice chairman of the Fairfax County Electoral Board, responsible for administering elections in the largest county in Virginia from 2010 to 2013.

“The future of the Republican Party and prevention of voter fraud are timely and important issues,” said Butler-Short. “We are pleased to have such knowledgeable people talk about these topics.”