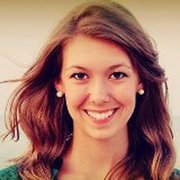 Our neighbor Keira Moran has decided to accept a scholarship to the music industries program at the University of Miami's Frost School of Music. 1, 243 musicians entered videos of their performing original music to Frost. Fifty of those students were called down to audition; Keira was one of the 12 who were chosen for the program. The school awarded Keira the Presidential Scholarship for Academic Excellence and the Coral Gables music grant. Keira's second CD has not yet been released; she performed three songs from that at the audition.

After the audition, Keira performed one of her new songs, "Fade Away," at the Frost contemporary music forum, becoming the first high school student ever invited to that event.

Keira's song "Wonder Girl" became the most requested song on radio programs all over the country when it was released.

Keira will perform live here before she leaves for Miami. She will appear at the Mattie Miracle Family Festival on May 19 at St. Stephen's School. She will also perform with the Spin Doctors at Celebrate Fairfax on June 9 2:30 p.m.

"I've seen the real estate market crash before," says Kevin Posey, whose family has been dealing with real estate for generations. Kevin was proud of the work of the Beauregard Advisory group whose report to the Planning Commission has been approved and accepted. Kevin is especially pleased that their idea for the ellipse was adopted. He is also proud that they were able to get staff to focus on bicycle detectors embedded in the sidewalk to trip traffic light signals for bicyclists. "Alexandria had not formerly been very sensitive to the safety of bicyclists and pedestrians," says Kevin. We are fortunate that now we have a council that is interested in safety. Kevin is a direct descendent of Captain John Posey, friend and neighbor of George Washington, with whom he served in the French and Indian war.