In anticipation of the upcoming Jewish New Year, Chabad of Reston-Herndon has announced its High Holiday Services schedule.

Services for Rosh Hashanah (Sept. 4 –6) and Yom Kippur (Sept. 13-14) will take place at The Herndon Center, at 376 Elden St., Herndon. All the information for dates and times, as well as to reserve, can be found at www.chabadrh.org.

Membership is not required to join. All are welcome, free of charge, regardless of background or affiliation. According to Jewish tradition, at the New Year the "Doors of Heaven" are open; G-d accepts all prayers, from anyone, as such our doors will be open as well, to our entire community. We do ask for you to make a reservation however so that seating can be assured.

In addition, a special children's program will accompany the adult services.

For more information on the above event, call Rabbi Leibel Fajnland at 703-476-1829 or write to Rabbi@chabadrh.org. 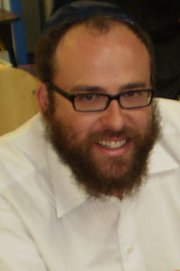 The two-day festival of Rosh Hashanah is observed on the first and second days of the Hebrew month of Tishrei—This year Sept. 5th and 6th.

In Hebrew, Rosh Hashanah means, literally, “Head of the Year,” and as its name indicates, it is the beginning of the Jewish year.

According to Jewish tradition, Rosh Hashana marks the anniversary of the creation of Adam and Eve, and thus the birthday of mankind—hence Rosh Hashanah is also the Day of Judgment for mankind, a day to highlight the special relationship between G-d and humanity.

On Rosh Hashanah, the day of man’s creation, we recall man’s merit, the momentous potential given to him to influence the whole world in a positive direction, and his solemn responsibility to use his abilities fully.

Such great abilities were not only given for personal accomplishment, but to fulfill man’s mission of perfecting the world.

One who thinks that this sacred mission can be performed by another should consider Adam, who was created individually, teaching us that each person is a “whole world." Moreover, Adam could not delegate his responsibilities to someone else, for there was no one else. The same is true of any person’s mission in the world: it was not given to be given away.

When a person concentrates on the long-term implications of his actions for himself and the world, implications connected to the very purpose of creation—all impediments and obstacles to fulfilling one's life's mission are diminished and eliminated. For of what significance are impediments in the face of such a responsibility and privilege?

May I wish you and those you love, in the words of our Jewish tradition, Leshana Tova U'Metuka—a good and sweet year. May it be a year filled with good health, prosperity and meaning.