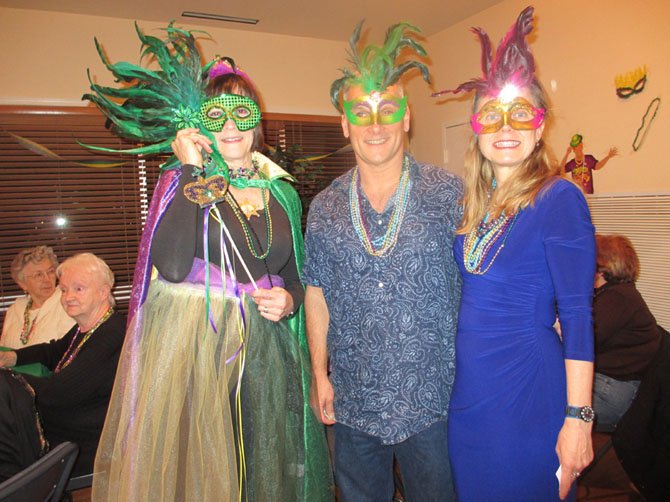 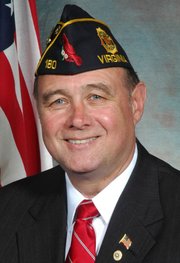 Vienna’s own Dan Dellinger is running for national commander of the American Legion.

Other than time he spent in the service of the U.S. Army, Dan Dellinger lived most of his life in Vienna. He went through Vienna schools, as his children did. He served as a Vienna Town Council member and as an officer of Vienna’s American Legion Post 180. He’s active in local civic clubs.

Now, Dellinger is stepping out into the national spotlight, traversing the country in his campaign to be elected the American Legion’s next national commander.

“I feel that, given my background in the American Legion for so long, and holding offices in it, that I know what we need to do to help our vets who served us,” said Dellinger, a 31-year-long American Legion member.

“Dan’s a humble man but a natural-born leader.”

In his pursuit of the position, Dellinger visits American Legion members across the United States. He estimates that, in 2012, he traveled 80 to 90 days. He credits “very gracious bosses” with freedom to do so. But all this traveling requires money: Dellinger’s personal funds, contributions from supporters, and fundraising events.

DELLINGER MOVED TO VIENNA from Washington, D.C., when he was 7 years old. He went through what was then Cedar Lane Elementary School, Thoreau Middle School and graduated from James Madison High School in 1967. After graduating from college commissioned as a 2nd lieutenant, Dellinger served at Ft. Benning, Ga., during the Vietnam War, and entered the Army Reserves in 1972, separating from service in 1984 at rank of captain.

“Having grown up in Vienna, such a great place to live, I wanted to make a difference in the community, give back to it,” said Dellinger.

Dellinger has held a diversity of offices at Post 180 over his long tenure there, as well as positions at the department and national level. At the Post’s monthly Sunday morning buffets, he is the custom-omelet chef.

“There’s a lot of factors that inspired me to run,” said Dellinger. “It’s what we need to do to support those that put on our uniforms to defend our great country.”

Longtime Vienna resident and Dellinger supporter Bob Dix said he could not think of a better candidate for national commander than Dan Dellinger. “Dan’s a humble man but a natural-born leader,” said Dix. “He exudes character and integrity and supports the community.

“That’s what qualifies someone to be the national commander,” said Dix. “He’s one of us, a regular guy. We couldn’t have a better candidate to represent our men and women in uniform, and the community couldn’t be prouder of him.”

DAN AND MARGARET DELLINGER, Margaret active with Auxiliary Unit 180, have two grown children, Anne and Scott. Anne is a 23-year member of Unit 180 and Scott is a 28-year member. Anne was enrolled as a 1-year-old toddler.