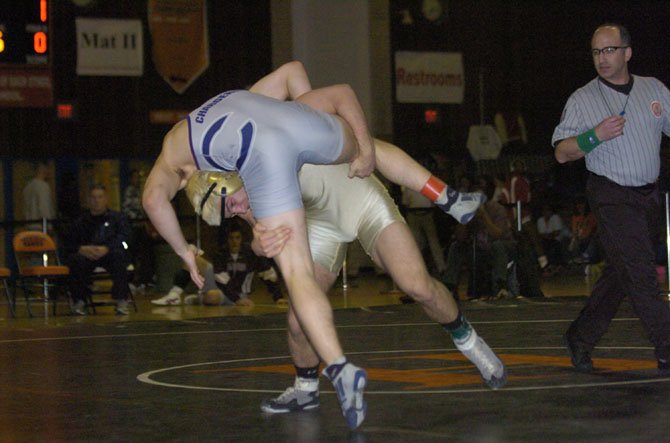 Alexandria — Westfield senior Beau Donahue is nearing the end of a decorated high school wrestling career that includes two state championships --- with a chance for a third coming this weekend.

While winning multiple state titles is a sign of greatness, what Donahue accomplished on Saturday might be an even better indicator of his sustained excellence.

"I never thought 200 would be somewhere I’d be looking at until the beginning of this season," Donahue said. "That was my goal coming into this season was get 200 wins, as well as follow up with another state title and that’s what I plan to do."

Donahue was one of four Westfield grapplers to win individual region titles on Saturday, but the Bulldogs finished runner-up to Robinson in the team standings. Donahue pinned each of his four opponents during the two-day tournament. His pin in the final came with nine seconds remaining in the match.

"My goal coming into the regionals [was] four pins and I wasn’t going to leave without it," he said. "We’re in this as a team, too, and I just really wanted to help my team because it’s a close race and you never know what’s going to happen at the end there."