Reston Community Players to present "Next to Normal." 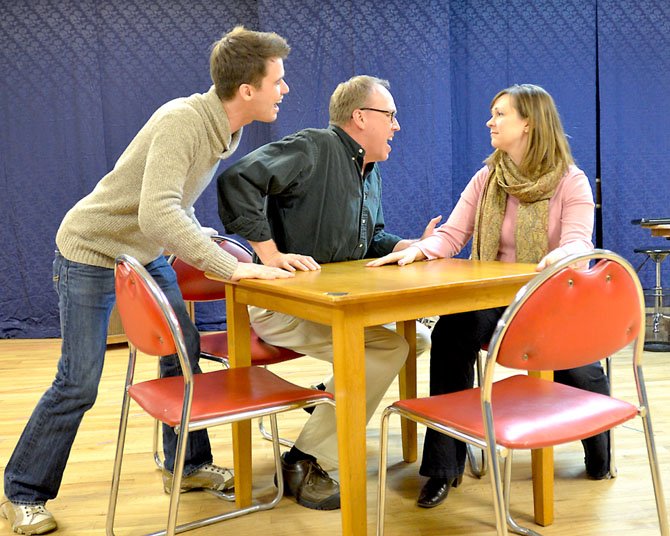 A "cathartic, powerful rock musical, with a hopeful ending and a great honesty to it" is the way director Andrew JM Regiec describes the next Reston Community Players production, the Pulitzer Prize and Tony Award recipient "Next to Normal."

With a score of about three dozen songs "Next to Normal" tells the story of a suburban family battling personal demons "through a fast-paced story-telling and the heightened emotions that music can bring," said Regiec. 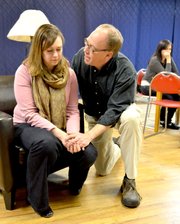 Photo by Bernard Markowicz/Courtesy of the Reston Community Players

Jolene Vettese in her role as Diana, and Harv Lester in his role as Dan in a rehearsal for the Reston Community Players’ production of the "Next to Normal."

With Brian Yorkey's lyrics aiming to stimulate the senses, and his book providing a deep look into family dynamics matched with Tom Kitt's exhilarating plugged-in music, "Next to Normal" expanded "the scope of subject matter for musicals" according to the Pulitzer committee. The Broadway production closed in January 2011, running 733 regular performances

The musical follows a wife and mother, Diana, who struggles to overcome the muddles of her life since a family tragedy and her bi-polar disorder. Everyone near her is affected; her husband Dan, their teenage daughter Natalie and a son, who may or may not be quite what he seems.

Each is trying to find the light of day; one that is optimistic and hopeful.

Music Director Elisa Rosman described the musical score as highlighting "how one fights demons." She will be leading a 6-piece band including keyboard, violin, cello, bass and guitar. For Rosman, "the music adds so much emotion with a varied score of rock, folk, and ballads."

In the central role of Diana is Reston Community Players veteran, Jolene Vettese. In this production she sings more than 20 songs. She auditioned for the part because "the characters touched me; I wanted to bring Diana to life as she worked through her tough times."

Newcomer Ashleigh Markin is daughter Natalie. Her character is trying to be perfect but that is not going so well. She wanted the part remembering "the life of a teenager and all the changes one goes through, all the highs and lows."

The show will be presented in the intimate setting of the Reston CenterStage which allows the audience to feel connected to the poignancy before them.