Board to wait for developer proposal, which could involve downtown land swap. 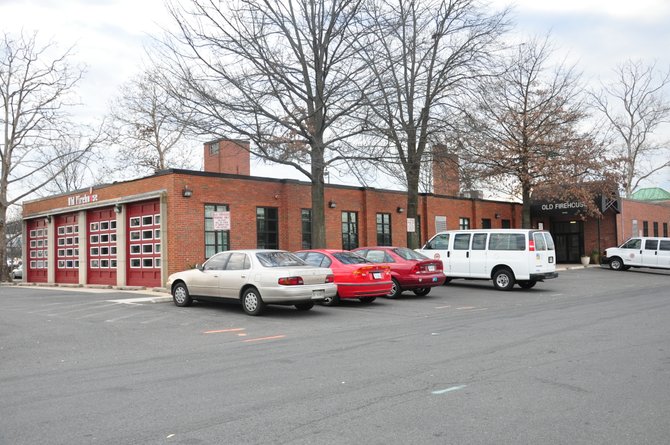 The McLean Community Center Governing Board delayed their vote on possible downtown expansion, to wait for a proposal that could include a land swap with the current Old Firehouse Teen Center, and allow the center to get a downtown facility that combines a teen center with other needs. Photo by Alex McVeigh.

The McLean Community Center board delayed their Jan. 23 vote on expansion and renovation after a development proposal was brought to their attention a mere 10 hours before their monthly meeting. The vote, which was supposed to decide whether the center would continue to pursue a new downtown facility and renovate the current building on Ingleside Drive, could happen as soon as the board’s Feb. 27 meeting, provided the development proposal contains enough information for the board to decide its merits.

“I received a call from Supervisor [John] Foust (D-Dranesville) this morning, asking us to postpone our vote until we can see the proposal,” said Kevin Dent, chair of the MCC board. “Supervisor Foust said he is not trying to sway our vote one way or another, but we’ve had a lot of input from our citizens and community groups, and we don’t want to short change their efforts if there’s new, relevant information that’s going to come to light.”

The board has been discussing the future of current and new facilities for more than a year, with hopes to add sections to the current center, as well as build a downtown facility that would combine the current teen center with a recreation and fitness center.

Bill Sudow, a board member with the McLean Revitalization Corporation, a nonprofit that seeks ways to shape the future of McLean’s downtown, said the proposal could be an excellent opportunity for the MCC to achieve its expansion goals, should they choose to pursue them.

“I believe this is a very serious proposal, one that would pair the county with the developer in a public-private partnership,” he said. “It should incorporate the program goals that this group wants with a building and favorable location.”

Sudow said the details were unavailable at the moment, but said the proposal involved a land swap with the current site of the Old Firehouse Teen center and a parcel near the intersection of Chain Bridge Road and Elm Street.

“From my perspective, this is an opportunity to locate the community center downtown that will not come up for many years, this parcel will not be available in the future,” he said. “This is a chance to combine a teen center with recreation areas, and it’s a tangible plan that will be on the table.”

Within 30 days, the developer’s proposal, including a summary of the proposed facility, description of public-private partnership, a schedule and budget, should be available to the MCC’s board.

The board’s Capital Facilities Committee has been examining the need for additional space at the Ingleside building, which could include additional rehearsal and community hall space.

Expansion to a downtown facility could include fitness center facilities, which was identified as an area of need in a community survey conducted by the MCC.

The majority of the board’s expansion work took place before Fairfax County voters approved a Park Authority bond in November’s election, which included money to add a fitness center at Spring Hill Rec Center. Construction is expected to begin this summer, and it could affect community need for more fitness facilities.