Next museum leader could pull down more than $88,000 a year. 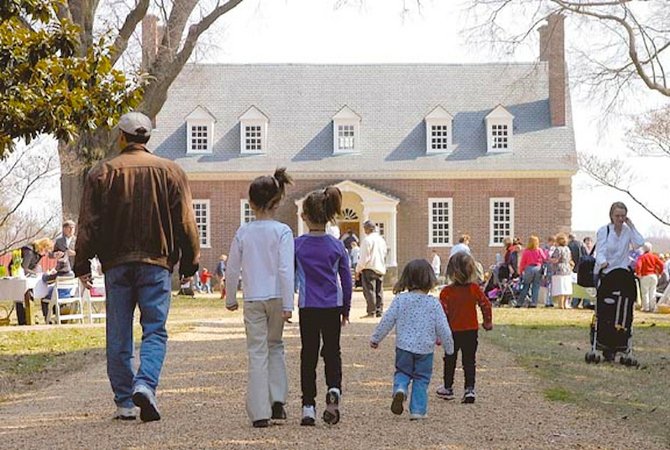 After surviving more than a year of calls for his resignation, Gunston Hall museum director has been removed as head of the historic house site. Photo by Louise Krafft.

George Mason was one of the wealthiest Founding Fathers, and now the Virginia General Assembly may be moving to increase the salary of the director of the house where he once lived. Gunston Hall has been in a state of flux since the previous director was finally removed from office after more than a year of calls for his resignation. He was paid about $86,000 a year. Now the Board of Regents is trying to attract a new director, and some members of the General Assembly believe a higher salary may be needed to attract the right person.

“They need to get a first-rate person in there,” said Del. Scott Surovell (D-44). “They are doing a national search now, and they need to be able to offer a salary that would attract a top-notch person.”

Because the position is a state job, Virginia law sets out how much money should be paid for the position. The position currently has a ceiling of $88,583. But a budget amendment introduced by state Sen. Toddy Puller (D-36) would allow the base salary to be supplemented from a source outside Virginia government — the Board of Regents in this case. If the amendment is successful, Gunston Hall would be added to a list of other museums that already have the ability to supplement the base state salary, including the Virginia Museum of Fine Arts and the Library of Virginia.

“You can’t just pay them whatever you want,” said Patrick Ladden, who has been interim director of Gunston Hall since September. “You have to pay them what’s allowable under Human Resources guidelines from the commonwealth.”

PROBLEMS AT GUNSTON HALL began in January 2011, when former executive director David Reese fired education director Denise McHugh, a 20-year employee of the museum. Reese, who had been director since 2003, said the decision was based on financial considerations.

Critics of the decision said it violated the educational mission of the institution, and they launched a 15-month campaign to get rid of Reese. In April 2012, the Board of Regents removed Reese from his position.

“It seemed to me that there was a real management problem,” said Rob Hartwell, one of the leading voices calling for Reese's ouster, at the time. “I think the regents made the right decision.”

Now supporters of Gunston Hall are trying to look forward as a national search is conducted to find a new director for the historic house museum. Because recent years have seen so much turmoil, supporters of the museum say the next director has a difficult job ahead. Members of the General Assembly will have the final say as to whether or not he or she will make more money than the last director.

“In order to be competitive with other museums, it seems like a good idea since the commonwealth will not increase the salary level with state money,” said Ladden.