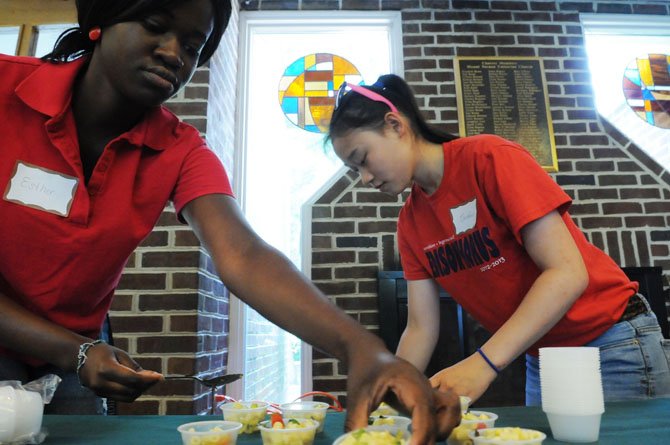 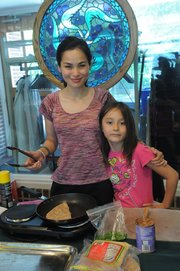 Food has re-entered the past, embracing the old concept of sustainable farming and eating healthy. A panel of “foodies” came together Saturday afternoon, June 29, at the “Chew on This” event sponsored by United Community Ministries.

Mount Vernon — Food has re-entered the past, embracing the old concept of sustainable farming and eating healthy. A panel of “foodies” came together Saturday afternoon, June 29, at the “Chew on This” event sponsored by United Community Ministries.

Roman took over the Capital Area Food Bank as CEO in January after a 25-year international career that included journalism, business, U.S. government, Wall Street and the United Nations. In her new position, Roman is responsible for the 32-year old Capital Area Food Bank with its annual budget of $18 million and a staff of 130. UCM is one of its 700 partner agencies. In her role as CEO, she oversees yearly the collection, storage and distribution of 33 million pounds of food, half of which is fresh produce, to nearly 500,000 men, women and children in the National Capital Area of 4 million; a team of nutrition experts working to provide healthier food and teach healthy habits; a team of 18,000 volunteers annually; as well as IT, communications, fundraising and overall operations.

Armstrong, a board member of FreshFarm Markets which operates eight farms in the Chesapeake Bay region, has dedicated himself to educate children and families about healthy eating. Unsatisfied with the nutritional quality of food in schools, Cathal founded Chef as Parents, a nonprofit to improve school lunches.

Mirabella, nutritionist and founder of Living Whole Health, emphasized a diet of balanced foods leads to a more energized life. Mirabella went on to dispel myths and present a few facts on nutrition. Some of the myths are: “Ours genes are our destiny, all calories are created equal, eating fat makes you fat, eating healthy foods costs too much, it takes hours to whip up a healthy meal.” Mirabella noted that nutritional information is confusing and conflicting, there are many confusing dietary theories, vegan, paleo, low carb, high protein and more, and Americans live in the most overfed, undernourished country in the world.