Too many dogs and cats — needing to be adopted — face euthanization. 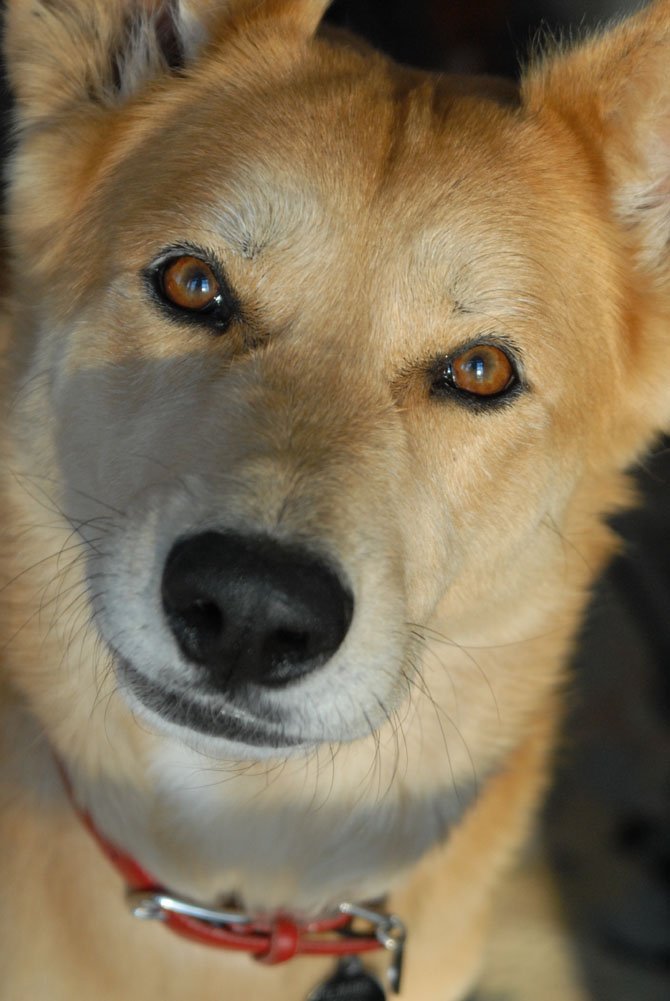 When Carmel died of cancer he was irreplaceable, then along came Zina. See story, page 3. Carole Dell

Potomac — It was the kind of October day that we always remember: crisp air and vivid leaves. It was also the day when I had to say good-bye to Carmel, my canine companion of 10 years. He died of cancer. Carmel was my joy and he made me laugh and I expected at least five more years of fun. Dogs ask only that we love them and just as they begin to truly understand our language, they are gone. It is terribly unfair.

As a board member of PetConnect Rescue, a dog and cat rescue organization in Potomac, our ultimate goal is to save lives, those precious brief lives destined for an even earlier death in a high-kill shelter.

According to the Humane Society of the United States, close to 2.7 million adoptable dogs and cats are euthanized in shelters every year, about one every 11 seconds. 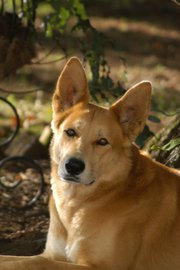 Carmel, a puppy rescued in California, grew into an intelligent and beautiful companion. When he died of cancer he was irreplaceable, then along came Zina.

Being able to give each pet a loving secure home is our ultimate reward. Losing Carmel was a shock and although I continued to rescue, I decided to remain dogless and mourn. But, occasionally a pet comes along who turns the whole process upside down. Let’s call it fate.

It happened just three weeks after I lost Carmel. A photo appeared on my computer screen that stood out from the other email photos of dogs sent by shelter volunteers begging us to save just one.

It showed a young female Belgian Malinois-mix and she looked surprisingly like Carmel, with his large upright ears and slanted eyes. Her snout pointed straight at me. She was to be euthanized that night. I couldn’t let her die.

WE RESCUED her and a week later she bounded into my kitchen on pogo-stick legs and never stopped hopping. Her large Cleopatra-lined eyes sparkled with mischief and defiance and she proudly displayed a mouth full of the largest, whitest teeth I had ever seen. She used them gleefully, and then licked my hand in apology.

I happily fostered this little interloper but wanted to find a nice family for her as soon as possible. The shelter called her Daisy for identity, but I renamed her Zina, thinking of the Warrior Princess.

And the princess loved to eat. She ate the stinkbugs that invaded the house; she ate paper, pebbles; gulped food and tried to eat the plastic bowl with it. She chewed my table legs, her harness, eviscerated her squeaky toys and skulked around the corners of each room with a vacuum cleaner mouth.

Zina’s Malinois breeding produces a high-energy working dog that needs a job and much exercise, so I enrolled her in a Saturday morning puppy class. Zina was so excited to see the other dogs that she entered the classroom yelping, and lunging like an unbroken filly. Soon, we were pariahs, instead of working she insisted on playing, barking all the while. Next visit, in a humbling gesture, I brought everyone earplugs.

In the obedience part of the training, true to her breed, she eventually performed admirably between lunges. I felt that Zina was ready for her new life, for that perfect home. But, fate has its own way of settling things.

ALTHOUGH ZINA would need more exercise than a marathon runner, I continued to 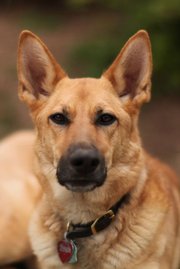 Zina, a stray picked up on a highway and due to be euthanized has a striking resemblance to Carmel. Interestingly, of the photos received that are emailed each day for rescue, no dog has ever appeared that resembles either her or Carmel.

picture her on a pleasant round-the-block suburban walk with a loving family by her side. I wondered: would that work? Would that nice family open their arms and home to a situation that may be considered a home invasion?

I had doubts and began thinking about Zina and her gleaming teeth, her endless energy and wondering: just who can handle this? When weeks turned into a month, I already had the answer. With apologies to Carmel for my lack of mourning, I spread out the doggie bed and welcomed her.

I continued to face a whirlwind of craziness with Zina at the center. Lean as a greyhound, she ran and never tired. She took corners with the precision of a Porsche and raced the fence line in frenzy, barking at the horses. Only the promise of a treat would occasionally bring her back from the edge.

Zina is now three-years-old; has graduated to the bedroom to sleep on the bed and is so well behaved that a friend called her boring.

She still howls when she meets a new dog or a new person, a need from her lonely past I presume. And, she still uses her teeth, but a little more gently.

Physically, Zina is a smaller version of Carmel. At times I look at her running in the yard and think for a minute he is out there.

No one can replace Carmel, but we love Zina. She is trying her best to keep our attention so that thoughts of him are jerked back to her with another prank to keep us busy.

So, when the longing for a canine companion tugs at your heart, consider a shelter dog and PetConnect Rescue. You can find your own, a more relaxed but always grateful, Zina.

To rescue a dog or cat, volunteer or donate to help a pet, visit www.petconnectrescue.org