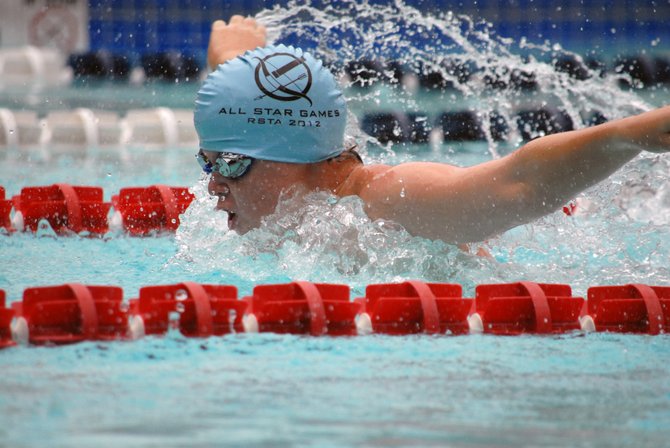 It is said that all good things must come to an end and so it was on Saturday as the final meets of the Reston Swim Team Association (RSTA) regular season took place under a hot, humid day. While this area has suffered under a blistering heat wave for the last week, the early morning hours were actually quite pleasant before the sun came out to bake the swimmers and spectators as the morning wore on. The weather may have been an omen for Lake Audubon as their swimmers scorched the pool en route to their victory over Autumnwood. Their victory left them in sole possession of first place with a perfect 6 - 0 record and another league championship.

And while that victory was somewhat expected by league pundits, the meet between Lake Newport and North Hills was by far the closest and most exciting meet of the day. Trailing by anywhere from four to 42 points after various strokes were swum, the Lightning began their comeback after the Relays. On the back end of the Breaststroke they had reduced the deficit to just 20 points and by the time they were swimming Freestyle and Mixed Age Relays it was either team's meet to win. In the end, their 11-point victory was the closest of the season. "My hat is off to both teams." said Jim Mizner, RSTA board member representing Lake Newport. "With both teams utilizing the same pool for their practices, many of the swimmers and their families know each other so there is a certain amount of friendly rivalry... The enthusiasm and sportsmanship that was exhibited by all of the swimmers was something to behold. It was truly one of the best meets that I have been associated with."

In addition to the excitement surrounding these two meets, there were some longstanding records that were broken.

Sydney Cook of Lake Audubon gives it her all in the Girls (11-12) 50 meter Butterfly. 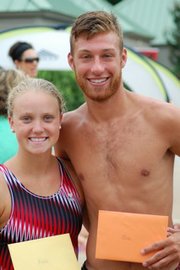 Hurricanes Forever: Long time North Hills swimmers Zach Deker and Rachel Swarts pose together for one last time during their final meet swimming for the Hurricanes against Lake Newport. Each has been swimming for North Hills for over 10 years.