TC’s Class of 1973 gathers this weekend. 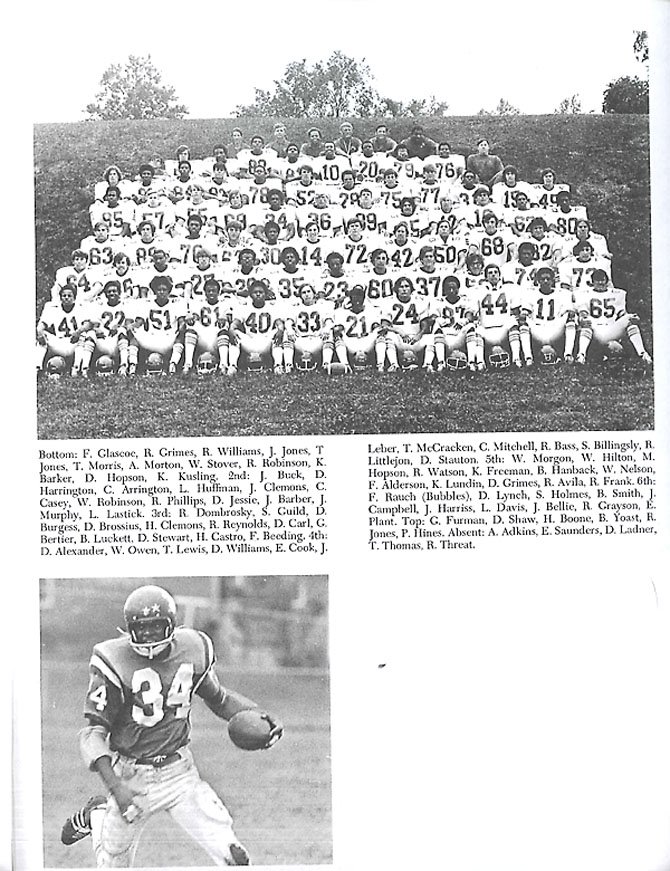 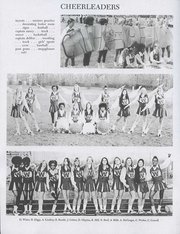 This week marks the 40th year reunion of T.C. William’s class of 1973. Coming right out of the tumultuous ‘60s, the class of 1973 was part of T.C. Williams during some of its most transformative years. With both national and local changes taking place, the students had a high school experience that involved more than classes.

This week marks the 40th year reunion of T.C. William’s class of 1973. Coming right out of the tumultuous ‘60s, the class of 1973 was part of T.C. Williams during some of its most transformative years. With both national and local changes taking place, the students had a high school experience that involved more than classes.

Being so close to the capital, national events had a strong presence on campus, and alums remember well the draft, the winding down the Vietnam War, and Watergate. Other memories from their time at high school includes music such as The Byrds, Janis Joplin, Edwin Starr’s “War,” and styles including tie-dye and army fatigues.

“I sort of grew a social conscience at TC, because we did have a lot of people who were actively marching against Vietnam; we’d have programs in the auditorium where returning soldiers who had been in Vietnam would speak,” said Melanie Modlin ‘73. “It always impressed me that a public school offered these kind of programs. I felt like I had a very political time in school, and maybe that is just because we are right across the Potomac.”

“We were children born in the ‘50s, we grew up in the turbulent ‘60s, and as kids, the ‘70s were sort of thrust upon us,” said former Titan football Player Rufus Littlejohn ’73. “It was a fun time, a scary time, and I wouldn’t have been the same person if it hadn’t been.”

Littlejohn is a member of the ’71 Original Titans Foundation, which awards a scholarship annually to a TC student to pursue post-secondary education. The group is made up of former Titan football players and TC alums who attended the school between 1971-73. The foundation holds speaking events and utilizes the movie “Remember the Titans” for motivation, problem solving, and diversity issues.

The school rose to worldwide fame in 2000 with the release of Disney’s “Remember the Titans,” based on the school’s 1971 football championship. The film highlights the school’s pivotal 1971-1972 school year when the Titans won the football championship after the three area high schools merged into one. In May of 1971 the school board decided to merge local high schools Francis C Hammond High School, George Washington High School, and T.C. Williams high school into two schools, T.C. Williams High School for grades 9 and 10, and T.C. Williams Senior High School for grades 11 and 12. This was due to a change in the city’s student population, and the schools had been integrated almost a decade earlier (unlike what the movie leads viewers to believe). Students were given little warning and caught off guard by this sudden change.

“All three schools had been rivals, and it was difficult for us both as a school and as sports teams to come together initially,” said DeBorah Craven, a member of the class of ’73 who had attended T.C. Williams for all four years.

At the outset, many students were upset with the idea of changing schools half way through their high school careers, and were concerned about getting spots on teams and in student groups.

“It was like our world was turned upside down” said Melanie Modlin, a junior at the time of the merger, “but by the time we got into it and understood it, we figured we did have the best football team, and our bands and orchestras were wonderful, and we had great plays.”

High school principal at the time, Dr. Arnold Oates, credits both the school’s and the sports team’s success to the students’ ability to adapt. And once the football team came together and started winning their games, the rest of the school soon followed.

“My memories of my time at TC are really just of hanging out on the steps of the school, football games, cruising around--we really became a sports school” said Genie Boswell ’73, who had attended Hammond before switching to T.C. Williams.

Football was not the only successful sports team during the class’s time there, and in 1973 the men crew team varsity eight boat qualified and competed in the Henley Regatta in England.

“My junior year, we were pretty excited about having a team from three schools,” said crew team member Chip Lubsen ’73, “and in 1973 we won nationals and had the privilege of representing our school and our community in England.”

The crew team will be having their reunion on Saturday, July 27, and about 60 crew team alums are expected from the classes of 1971-1975, including eight out of the nine rowers from the ’73 eight boat. The reunion will include rowing at the Union Boat Club before meeting up with the rest of the class in the evening.

Even with e-mail and Facebook, alums are excited to be reunited at their old high school classmates. “I’m looking forward to seeing old friends” said Bishop Robert Callaham ’73, who was class president at T., “it started off rough ... but I really enjoyed school, it was really a great experience for me.”

The reunion will take place from Friday, July 26- Sunday, July 28. Alums will have the opportunity to catch up with old classmates and faculty, with the reunion kicking off Friday evening with hors d’oeuvres at the Fish Market. Weekend events include a golf outing, a tour of the school, a banquet dinner and Sunday brunch.