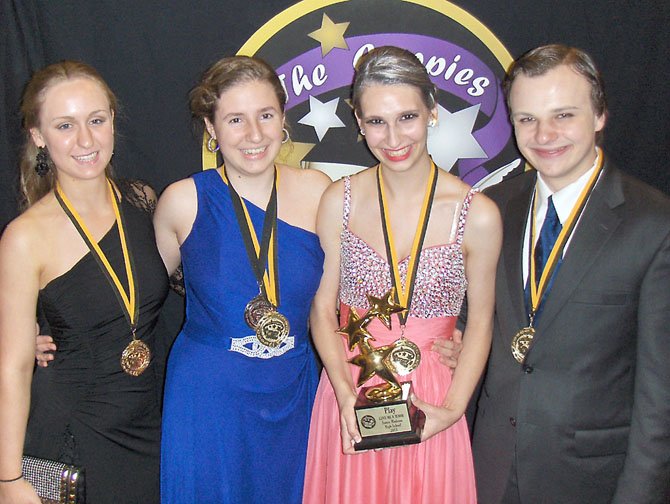 “I’m so excited,” said cast member Allison Brandmark. “It’s amazing. We had some awesome actors and fabulous technicians who worked really well together to make the show what it was.”

“It’s a really entertaining show,” added Anna Voyles. “The actors were really great, and I’m a techie—so a shout-out goes to the techies, too.”

Sean Pedersen was honored as Comic Actor in a Play. “I feel great,” he said. “I thank my mom and moms everywhere for great parenting. I wouldn’t be involved in this without my mom’s constant support. She took a lot for the team. Even when she was being treated for Lyme Disease and couldn’t drive, she found rides for me to rehearsal.” 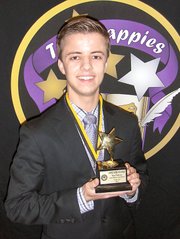 When asked what made his performance stand out with Cappies voters, Pedersen gave the credit to his cast mates. “It’s because we were able to play the comedy off each other,” he explained. “So we all shared the spotlight.”

The Costumes award went to Shannon Finney, Kate McHale and Samira Pakmeh. “It’s amazing,” said Finney, a junior. “We worked so hard, and it’s such an honor to be recognized in front of all our peers and fellow thespians.”

Senior McHale said, “There’s no way we could have done it without the rest of our crew. I’m shocked, because I’ve never won a Cappie before.” Pakmeh, a junior, said, “The long hours after school really paid off.” But, like McHale, she said the victory wouldn’t have been possible “without everyone else in the production.”