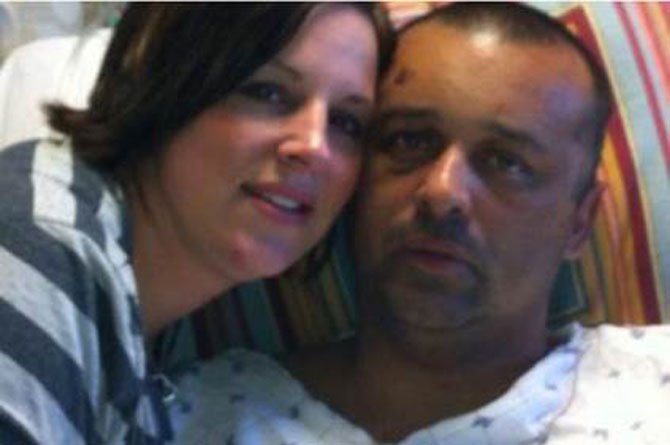 Those words shrieked a few weeks ago over police radio. Terror echoed in the hearts and minds of all law enforcement, especially those in Alexandria’s public safety agencies.

These prompt reactions brought about the miraculous life-saving efforts for Officer Peter Labor. Further radio transmissions let to the rapid capture of the man charged with the nonsensical shooting on Washington Street, near Lyles-Crouch Ttraditional School.

Motorcycle Officer Laboy, a 17-year veteran, had reacted to a police call about a suspicious vehicle. He saw the vehicle, a yellow-colored taxi van on Washington Street. He stopped it. Moments later his life changed.

Sheriff’s Deputy Sgt. Anthony Zygmunt, on his motorcycle unit, heard the call and raced to the scene where he found Officer Laboy lying in the street.

As other police arrived, Sergeant Zygmunt took over the traffic post and suddenly saw the yellow van pass the scene. He notified police immediately. Another veteran Deputy Michael Cole gave chase along with Fairfax County police down the George Washington Parkway.

Quick action, too, by Fire Chief Adam Thiel’s first responders did incredible work and prepared the critically-injured Officer Laboy for the emergency helicopter flight to the Washington Medical Center.

Laboy suffered a .9mm shot to his head.

The story though is about the rapid response for Officer Laboy, 47, by his official and unofficial families in Alexandria.

Understandable “panic” turned to efficient reactions, concerns and prayers by citizens everywhere. The outpouring of support for the officer is heart-warming and a credit to the people of Alexandria and northern Virginia.

Doctors say recovery from such head wounds take long periods of time. He has been examined by some 100 specialists who acknowledge that support from his wife, sons and friends have Laboy moving his arms and fingers talking. Fantastic signs that portend to great recovery.

The quality of the men and women in Alexandria’s police department, Sheriff’s Office and Fire Department can be ranked with the best, if not the best around Virginia and the nation. Imagine having to risk your life every time you go to work? They do.

The city’s first responders are incredible in their jobs and I’m prejudiced in their favor.

It’s a pleasure to see Officer Peter Laboy recovering. One day he’ll be back on his motorcycle.

Sheriff Dana Lawhorne, for whom I toiled a while, emphasized to me: “The story needs to be about Peter and the Alexandria Police Department.” I know that. I’m also proud of the effectiveness of the Sheriff’s Office and Fire Department and Emergency Services.