Should Some Businesses Be Taxed at a Higher Rates Than Others?
Votes

Should Some Businesses Be Taxed at a Higher Rates Than Others?

Lee District Supervisor clashes with his own advisory group over BPOL taxes. 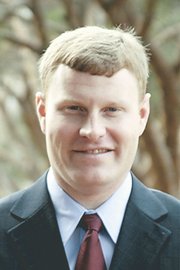 Why should consultants be taxed at a higher rate than contractors? Is it fair to hit up businesses that do research and development for twice as much as retail merchants? These questions are at the heart of a recommendation from the Lee District Budget Advisory Group, which is urging the county government to take a close look at its business and professional occupancy license taxes.

"Someone needs to take a look at this and see if these rates are discouraging smaller businesses," said Suzette Kern, chairwoman of the advisory group. "Those are the very businesses we are trying to attract to Fairfax County."

Members of the advisory group say they are concerned that the county's current business licensing and taxation might be serving as a disincentive for some types of highly desirable businesses. Although they acknowledge the need to generate revenue to fund county services, they also say the tax and licensing structure could be reconfigured to produce "desired incentives" rather than "disincentives as they do now."

"Fairfax County should examine its business tax and licensing structure to see if high pay, high technology and professional employers would have stronger financial incentives to locate if revisions were made to the current schedule," the advisory group recommends. "This is especially important for a county striving to diversity its private sector employment base as federal spending shifts."

SUPERVISOR JEFF MCKAY warns that adjusting the BPOL taxes may be difficult because its one of the two sources of revenue that Fairfax County has authority to raise. He disagrees with members of his advisory group that the BPOL taxes create a disincentive for businesses to locate in Fairfax County — especially research and development businesses. McKay says Montgomery County is the biggest competitor to Fairfax County, especially biomedicine and bioinformatics.

"Our challenge of attracting those people is not our tax rate, and it's certainly not out BPOL tax," said McKay. "It may be a whole lot of other reasons, political probably more than anything else."

McKay said the reason that Fairfax County charges some businesses more than others has to do with how much other kinds of tax revenue is generated from the business. For example, retail merchants have one of the smallest BPOL tax rates because they also pay sales tax indirectly that are passed on to buyers.

"We get a huge amount from retailers," said McKay. "With research and development, they are not really selling a product. So they're also not generating sales tax that comes back to the locality."

BPOL TAX RATES were set and capped by the General Assembly about 40 years ago. County officials point out that three categories — professional, consultant and research and development — fall well below the state maximum of 58 cents. Also, they point out, the flat tax is embedded into all business categories. So if a business has gross receipts between $10,000 and $50,000, they pay $30 a year. If the gross is between $50,000 and $100,000, they pay $50.

"This means the small businesses are generally only paying a small flat tax," said Merni Fitzgerald, director of public affairs for Fairfax County.

The last time the Board of Supervisors looked at the BPOL tax rate categories was 20 years ago, when members were trying to simplify the number of different categories that existed at the time. Supervisors ended up reducing the number of different BPOL categories from 17 down to 10. And they instituted a flat fee for small businesses. Although supervisors could theoretically raise the rates within what's allowed by the state, they still have to figure out a way to balance the books.

"The revenue consequences of any change could be significant," said Fitzgerald. "If, for example, you lowered the 31 rate to the 19 rate of the business service category, the county's revenues would decrease about $20.4 million."