Warwick Pool to remain open for the short term; holiday lights to stay dim during the summer. 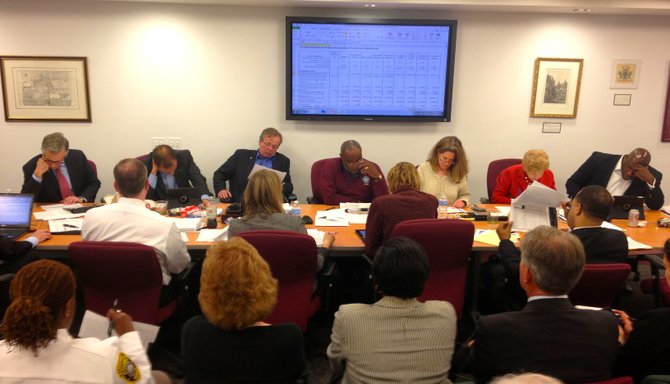 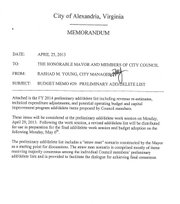 The Warwick Pool is likely to stay open for another year, although what happens beyond that is a mystery. But the holiday lights along King Street will likely stay dark during the summer, despite one councilwoman's longtime quest to persuade her colleagues otherwise. These are some of the last-minute negotiations now underway at City Hall, where City Council members are headed toward the May 6 deadline. At times, discussions have been heated.

His comments came after Vice Mayor Allison Silberberg was making a pitch to keep tax relief for seniors. A majority of members are in favor of a proposal that would eliminate the highest income level of tax relief, a plan that would hit seniors who make more than $60,000 a year. Councilwoman Del Pepper joined Silberberg in advocating to keep the expenditure, which costs about $200,000 a year. So when the mayor described the vice mayor's repeated efforts as "whining," Silberberg shot back.

THE BUDGET SEASON this year has been notable for tight revenues and expanding hostilities. Even though Democrats ousted the two Republicans in last year's election, the one-party rule has not created unanimity on budget issues. Councilman Paul Smedberg, former chairman of the Alexandria Democratic Committee, disagrees with his colleagues on several spending measures, arguing against allowing handicapped drivers to park for free and increased spending on affordable housing.

"We have significant dollars already committed to affordable housing," said Smedberg, adding that the Beauregard plan set aside hundred of dedicated units. "I thought we were trying to get away from using dedicated sources of funding."

The proposal under consideration would have dedicated a portion of the tax rate for the affordable housing trust fund, an effort that supporters say is necessary as market-rate units are lost to redevelopment across the city. Supporters of the effort included the mayor and vice mayor as well as newly elected Councilman John Chapman, who argued that setting the money aside now was a worthwhile goal until developers started delivering on promises to deliver dedicated units.

"We have an opportunity to focus on this issue now," said Chapman. "After two years, when we have money start coming in, we can phase it out."

Modifications council members are considering to the city manager's budget include an array of potential changes. One is keeping the current Old Town parking meter time, which ends at 7 p.m., rather than extending it to 9 p.m., as Young recommended in the budget. That would cost about $320,000. Another is increasing the cost of a ride on the city's DASH bus system from $1.50 to $1.60. That will save about $150,000. One area of lingering disagreement is how much money to contribute to the capital-improvement program.

"I believe we need to use this budget as an opportunity to address our long-neglected capital infrastructure," said Councilman Justin Wilson in a written statement after Monday's work session, "both as a means to provide our residents infrastructure worth their investment as well as a budgetary means to ease the pressure caused by projected future deficits."

Wilson is hoping to persuade his colleagues to commit 2.3885 cents to the proposed real-estate tax increase to capital spending. But council members could not agree on how to proceed with the capital improvement program. So they convened Monday's work session with no agreement on the list, leaving that part of the negotiation to the last minutes before next week's vote.

PERHAPS THE MOST controversial suggestion in Young's budget was the proposal to close Warwick Pool, a popular neighborhood designation on Landover Street between Del Ray and Arlandria. Neighbors organized and barraged elected officials with calls and emails, prompting unanimous support for finding the $92,000 needed to keep the pool open another year.

"They are clearly listening to us," said Warwick Village Citizens Association president Glenn Christenson, who pumped his fist during the work session when it became clear that the pool would remain open for another year.