Aryan Golzar will go on 400-mile journey to raise money for scholarship. 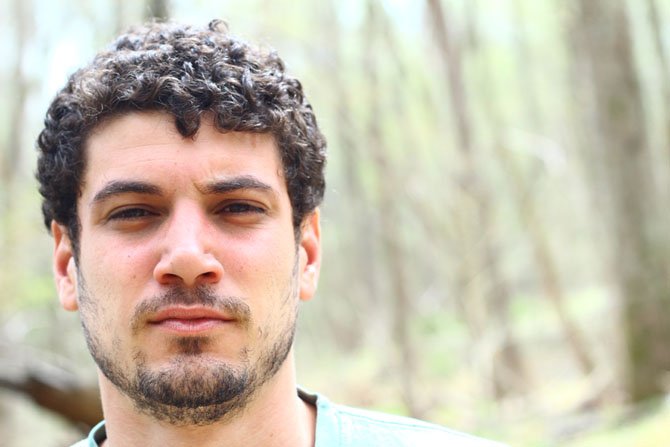 Aryan Golzar of Great Falls will boat and hike for 400 miles along the Potomac River starting Friday, May 10, to raise money for a local student’s scholarship. Photo Contributed

Great Falls — Growing up in Great Falls, Aryan Golzar always loved the Potomac River. The same 400-mile-long-plus waterway that led to settlements from the Chesapeake Bay to West Virginia drove his imagination during his formative years, and now it’s become something even more.

"Getting my college education really changed my life, and that’s something I want to help someone else achieve," Golzar said. "After I graduated, I knew I wanted to do some sort of trip along the Potomac, and after a while, I realized I could do both."

Starting Friday, May 10, Golzar will be achieving both goals, boating and hiking from Highland County, Va. along 400 miles of the Potomac to raise money for a scholarship for a local student.

"I’ve always been interested in the idea of giving out money to people who need it, but I know with so many charities it’s hard to track down the money, there’s a lot of red tape and bureaucracy to go through," he said. "I’m not interested in that, I’m just interested in helping out my neighbors. The student doesn’t have to have straight A’s, or a 4.0 average, they should just be someone who has a dream that they want to follow. I don’t want to disqualify anyone, I just want people to tell me in the application why they should have this money. And 100 percent of the money raised will go to them."

Golzar will be documenting his trip through video, photos, Facebook and Twitter posts, all while collecting donations that he will award to a local high school graduate for college expenses.

Great Falls resident Aryan Golzar will raise money for a local student’s scholarship by boating and hiking 400 miles along the Potomac River starting Friday, May 10.

"For so many people, the river is just something they pass over on a bridge, but I’m really looking forward to spending some time there. I have an inflatable boat that I’ll be using on the river, and I’ll be hiking around the most dangerous rapids," he said. "I figure it won’t be too long before I’m living by the sun, waking up around 7 a.m., paddle till about 4 or 5 p.m. and then figure it out from there. I’ve done some research, so I know approximate locations of where I can stop, but I don’t really have a set schedule. I figure it will take me about a month and a half."

Golzar said he’ll be bringing a fishing pole with him, but in case he isn’t able to feed himself that way, there are towns about every six or seven miles. He also said that the trip is open to people who want to join him, even for a few days or a weekend.

More information about Golzar’s trip, including a PayPal donation link and the scholarship application, can be found at facebook.com/paddlethepotomac, on Golzar’s blog, aryangolzar.wordpress.com and at twitter.com/aryangolzar.