‘Legend of the Bunnyman’
Votes

‘Legend of the Bunnyman’ 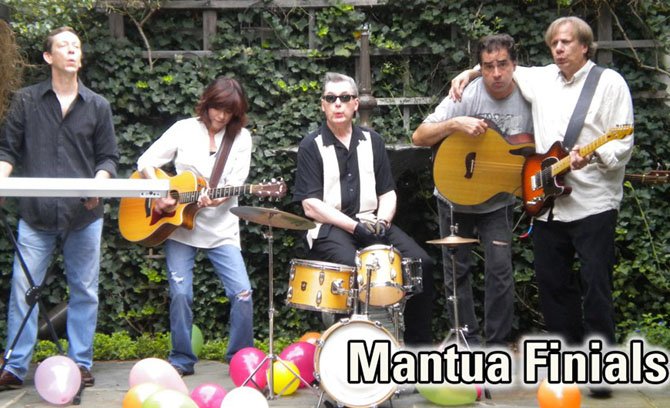 The Bunnyman has been a mysterious figure in local lore for more than 40 years, and now Clifton’s Jim Waters has written a rock musical about him called “Legend of the Bunnyman.”

Waters grew up in Fairfax during the height of the Bunnyman hysteria, and he and his band, The Mantua Finials, will perform segments of the musical at two, upcoming gigs in Fairfax City. The dates are Friday, Nov. 15, at 8 p.m., at the Epicure Café, and Saturday, Nov. 23, at 9 p.m., at Old Fire Station No. 3. 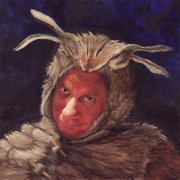 Artist Susan Makara’s painting of Jim Waters as the Bunnyman.

The more Waters learned about the legend, the more he decided it would make a great story. “The primary purpose was the music,” he said. “Our hope is that, as we continue to perform it, someone will want to partner with us to bring the whole musical to the stage.”

On Oct. 29, 1970, Kings Park West in Burke was being built. “A Naval Academy cadet was parked there with his girlfriend that night when a man in a bunny suit smashed out their driver’s side window with an axe,” said Waters. “He told them to get off the property and then ran away.”

They told the police and, a few days later, a night watchman making his round there saw a young man on the porch of a home under construction. “He was chopping away at one of the porch posts and yelled to the watchman to get off the property,” said Waters. “The watchman ran back to his car to get a weapon to confront him; but when he returned, the man was gone. It eventually grew into a much bigger story, particularly among teenagers, claiming he was an axe murderer.”

Waters was 11 then, living in Fairfax’s Mantua community and attending Frost Middle. “It was frightening to think about,” he recalled. “It was odd and creepy — and the incidents were real. They never caught the Bunnyman, so it still remains a mystery. I think someone living near Kings Park West was unhappy that the woods there were being torn down for houses.”

From 1986-98, Waters lived in Centreville before moving to Clifton’s Balmoral community. “Every now and then, I’d hear something about the Bunnyman Bridge — the railroad bridge crossing over Colchester Road in Clifton—– but didn’t follow up until three years ago,” he said. “My daughter Lauren, then 17, was hanging out at the bridge with three friends in the fall.”

Waters said teens often go there as an “exciting dare” because of a fake legend that the Bunnyman lives there and murders people with his ax. But nearby homeowners have police patrol that area, so they approached Lauren and her friends and told them to leave and not come back to the bridge.

“I found it fascinating because, being a musician, I was just embarking on writing a bunch of new songs about oddities,” said Waters. “I play mostly guitar and bass, plus piano, and primarily write alternative rock. ‘Legend of the Bunnyman’ is my first musical.”

Also spurring him to write it was Brian Conley of the Fairfax County Public Library’s Virginia Room. People constantly asked him for information about the Bunnyman Bridge, but he didn’t have any. So he did his own research, investigating all the unsolved murders in the county from 1900 through 1970 for any correlation between where they occurred and the legend.

Conley then wrote, “The Bunnyman Unmasked,” debunking the legend. “After reading it, I decided to take elements of both the legend and the real story and combine them into a plausible interpretation of what may have happened,” said Waters. “I did a tremendous amount of research into the history of Fairfax County and Clifton to make sure my story was based on fact.”

It took him about 18 months to write the music and story. Band mate and lifelong friend Chris Piller — with whom Waters camped out at the bridge as teens — wrote some of the songs. “It’s dramatic, but not gory or evil,” said Waters. “It’s sympathetic toward the Bunnyman because he’s blamed for things he didn’t do.”

It’s told through the eyes of the Bunnyman’s son who gradually becomes aware his dad’s the Bunnyman and neither of his parents are who he thought they were. “It’s a family secret,” said Waters. “His dad was actually a victim, and the story even gives a credible explanation for why he wears a bunny suit.”

His band’s performed the musical nine times so far and has received standing ovations. “We’re all seasoned musicians and it’s very exciting,” said Waters. “Our songs tell the story, similar to the rock opera, ‘Tommy,’ by The Who, and the music is pretty diverse.”

They plan a CD release of their songs early next year. Then, said Waters, “We’ll be able to market ourselves to even larger venues and audiences.” For more information, go to http://www.legendofthebunnyman.com/.