Despite being privately funded and operated, farm closed for eight days because of shutdown. 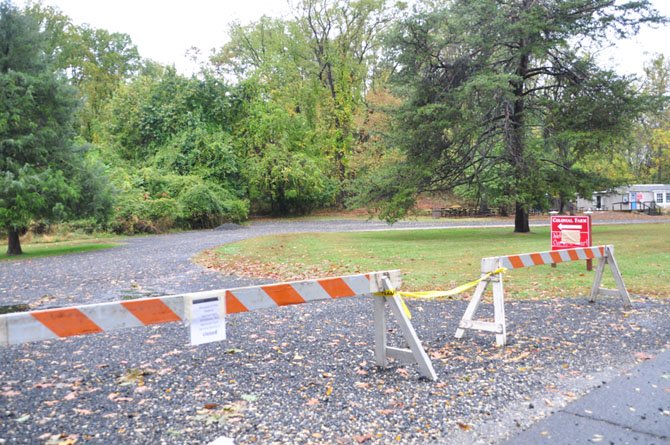 Claude Moore Colonial Farm spent eight days closed due to the government shutdown, despite being privately funded and operated. Photo by Alex McVeigh.

McLean — On Monday, Sept. 30, volunteers and staff at Claude Moore Colonial Farm were preparing for their busiest month of the year, with thoughts of a looming federal government shutdown far from their minds. After all, in 1995 and 1996 the property was unaffected by similar shutdowns.

“We received a call Monday afternoon telling us that we would be closed, and I passed that information along to the board, who obviously disagreed with the decision,” said Anna Eberly, the farm’s executive director. “Our position is simple: we are privately operated, we don’t get federal funding and we’ve never been included in any previous shutdown, so why now?”

The event will feature entertainers, tradesmen, farmers and others, along with candle-making, wood carving and other demonstrations.

There will also be a fundraiser Sunday, Oct. 27 to try and make up some of the income that was lost during the eight days the park was closed.

The event will run from 3 to 7 p.m. Admission includes dinner catered by JR’s, a moon bounce, face painting, a climbing wall and other activities.

Eberly said the current status of the farm, funded and maintained privately, is a “win-win” for both parties, as the farm can stay open and sustain itself, and the National Park Service doesn’t have to spend money there.

OCTOBER IS TRADITIONALLY the busiest month of the year for the farm, with a full schedule of rentals, field trips and other events.

“In the first week of the shutdown, we’ve had to cancel five picnics at the pavilions, a book sale, a farm skills workshop,” Eberly said. “I would guess we probably lost about $20,000 in income.”

She said it was frustrating to even get information, since most of the NPS staff they would usually deal with were furloughed, meaning their requests had to go to the Department of the Interior.

“[On Tuesday, Oct. 8] we received the absolute “no” from the Department of the Interior and were told the farm would not open until the shutdown ended,” Eberly said. “An hour later, the park police showed up and barricaded the office gates with us inside.”

Hours later, the decision was reversed and the farm was able to open starting Wednesday, Oct. 9, resuming all normal operations.

“I’m not sure what whoever made the decision to close the farm was trying to accomplish other than just trying to be a bully,” said Elizabeth Smith of McLean, who tried to visit the Gatehouse Shop Sunday, Oct. 6, only to find it closed. “The lack of federal money wouldn’t affect the operations, and I’m sure there’s no benefit to anyone to close it, so why go out of your way to push people away?”

Even though the farm has re-opened, Eberly says there are serious questions about their relationship with the park service.

“It’s scary because it’s like our agreement with the park service had no meaning when they decided to shut us down, which doesn’t sound like much of a partnership to me,” she said. “The future of a place like this, and others, are in these kinds of partnerships, I’m sure the park service doesn’t want to take it back and start paying to maintain it.”

CLAUDE MOORE COLONIAL FARM was established as a National Park Service property in 1973, part of the George Washington Memorial Parkway. After it was threatened with closure in the late 1970s when then Rep. Joe Fisher (D-10) pushed to keep it open.

By 1980, it became apparent that the farm needed to raise more funds, and the Friends of Claude Moore Farm entered into a cooperative lease agreement with the National Park Service to operate the farm.

The lease agreement states that the Friends of Claude Moore Farm will operate the farm and keep it open to the public, and the National Park Service will provide police protection if needed.