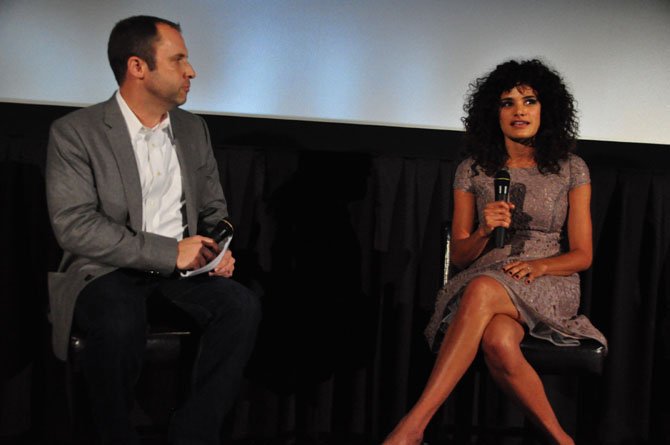 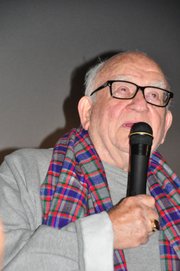 This is the third year of the festival, which started out in Reston, and has since expanded to theaters in Merrifield, Fairfax and Arlington.

“Even though we’ve expanded, Reston is truly our home,” said Brad Russell, founder and president of the Washington West Film Festival. “It’s a perfect location, the hotels, the restaurants, the bars, the theater, it’s all together, and people love coming here to be a part of it all.”

The festival screened more than 20 documentaries, feature narratives and short films, which were shown throughout the area over the five days.

The films ran the gamut from funny to serious, tackling topics such as living in the third world on a dollar a day, coping with the onset of Alzheimer’s disease, an April Fool’s prank gone wrong, and many more.

“I was able to break bread with [Reston founder] Bob Simon. He’s a good old boy, still has his marbles. I was honored to meet him, to see the city he created and to meet the denizens of that city,” he said. “It’s a lovely festival, they treat us very well here, and I appreciate Reston’s taste in choosing us.”

Simon served as a board member for the film festival.

“We asked him to be an honorary board member for the festival, and he said ‘No, I don’t do honorary,’” Russell said. “He said he wanted to be in meetings, he wanted to create, to innovate, and he’s done all of that and more.”

The festival was also founded as a way to give back. In 2011, they donated all the proceeds to victims of the earthquake in Haiti, and in 2012 they helped rebuild sections of Long Island after Hurricane Sandy.

Local filmmaker Rebekah Wingert-Jabi speaks at the Washington West Film Festival in Reston about her Peabody Award-winning film “My Neighbourhood.” Wingert-Jabi, a Reston native, is working on a film about Reston for her next project.

This year, the proceeds will go to benefit Shelter House, which combats homelessness in the county. And more than just monetary donation, the Washington West community will be donating their volunteer energy.

Instead of just donating our box office profit, for the first time, we’re asking for 100 volunteers to join us,” Russell said. “We are going to be repairing homes to make them into permanent housing, serving food, tutoring children.”

Tom Shadyac, a native of Falls Church, as well as writer and director of films such as “Ace Ventura Pet Detective” and “The Nutty Professor” spoke at the festival Saturday and said he hopes the festival serves as an example for anyone wishing to make a difference.