Walking for a Burning Reason
Votes

Walking for a Burning Reason 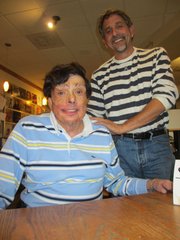 When David Borowski was 6 weeks old, his mother witnessed his bassinet suddenly burst into flames—with her newborn in it. She grabbed her infant to her chest, trying to smother the fire engulfing his little form. The telephone was enveloped by the fire, and David’s mom ran to the street. A neighbor flagged down a passing car that stopped and brought mother and burned child to an emergency room. There was no 911 in March 1954, no hospital burn units, and David was given little chance of survival. David Borowski, with the strength of his parents and seven siblings, defied the odds. 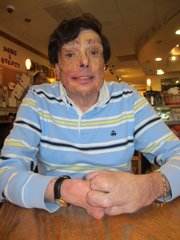 David Borowski heads Flicker of Hope, a nonprofit foundation dedicated to the needs and challenges of burn survivors.

Registration begins at 9 a.m. at the fire station; walkers step off at 10 a.m. Raffle and refreshments in the Flame Room of the VVFD begin at 11 a.m. The event is expected to run until noon. The registration fee per participant is $35, payable day-of or online at http://www.flicke...">www.flickerofhope....

From a fiery disaster started by an innocent young puppy chewing on an electrical cord, through adulthood, Borowski went through 70 reconstructive surgeries. He lost his fingers and his toes, but he never lost his will to live and live a “normal” life. He has a master’s degree in finance, is married and is an executive with one of the area’s most prominent companies. He co-wrote “On a Ring and a Prayer” in 2005.

Borowski says he didn’t feel different growing up because his family and friends supported him. And, as an adult comfortable and confident in the “package” he’s in, he supports other burn survivors.

“Never let others define you by your looks. … Be confident and engage people quickly so that they become interested in the person and not the package.”

ON SATURDAY, NOV. 2, Borowski’s Vienna-based nonprofit foundation, Flicker of Hope, hosts its 3rd annual 5K walk in partnership with the Vienna Volunteer Fire Department. The fundraiser supports the outreach programs of Flicker of Hope, which are to provide scholarships to burn survivors, peer support to burn survivors and their families, and to fund community fire safety education in the Washington, D.C. area. Borowski, who lives in Vienna, speaks to burn survivors and to juveniles charged with fire setting. In his memoir, he posted a photo of himself at his christening, the last photo taken of the child with his right hand intact.

“The package is immaterial,” Borowski said. “The beauty lies within. If you’re beautiful on the inside and project that beauty and confidence, you’ll be successful.”

Three years ago, while Borowski and his wife were at the Tysons Corner Starbucks, the manager approached Borowski with an idea. He wanted to “do something” to help the foundation, to get his Starbuck’s staff involved, Borowski said. Borowski and VVFD Chief John Morrison created the first Flicker of Hope 5K Walk, in cooperation with Starbucks, Aluminum Cans for Burned Children, and community donors. Starbucks provides volunteers and coffee, Home Depot of Merrifield sets up in VVFD’s Flame Room, and the walk begins and ends at the VVFD fire station at Center and Cherry streets, Vienna. Flicker of Hope has use of the Flame Room at no cost to the foundation.

“We’re always happy to support a cause that so closely mirrors our mission,” said Chief Morrison. “Flicker of Hope teaches fire safety and reaches out to people injured in fires.”

REGISTRATION for the Flicker of Hope 5K Walk begins at 9 a.m. on Saturday, Nov. 2 at the Vienna Volunteer Fire Department station at Center and Cherry streets in the heart of Vienna. The walk begins at 10 a.m. Following the walk at approximately 11 a.m. are refreshments in the Flame Room of the fire house and a raffle with more than 40 prizes donated by area merchants and restaurants. The event is anticipated to end around noon. Participants pay a $35 registration fee and receive a commemorative Flicker of Hope 5K t-shirt.

When Borowski speaks to juvenile fire-starters, he shows them his arms where his fingers should be. Fire is not a game, he tells them. Many respond to his presentation with tears. To burn survivors, he counsels them with hope.

“Never let others define you by your looks,” said Borowski. “Be confident and engage people quickly so that they become interested in the person and not the package.”

The 5K walk goes toward the Vienna Community Center to Park Street, right on Park Street to Kingsley, and continues on a well-marked back-and-forth route to Center Street to the fire house.