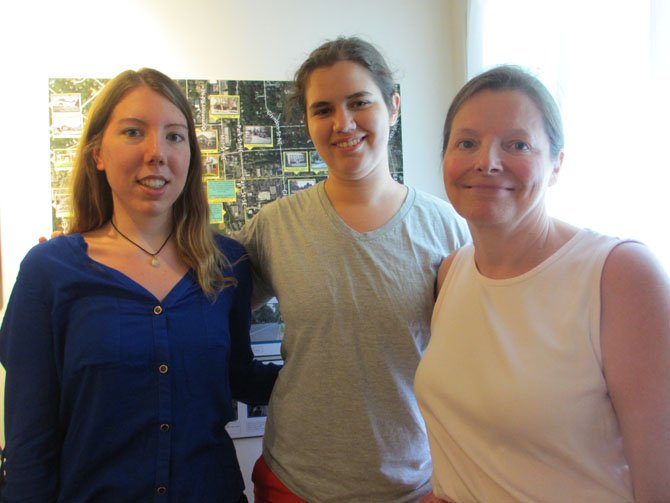 “Especially in a town like this, it’s important for newcomers to know what came before and how this community evolved to the place it is now.”

Vienna has changed substantially and considerably over lifetimes and generations. It boasts a robust economy, a diverse yet harmonious population, outstanding schools, extensive youth sports programs, and it still prides itself on its “small-town” feel. Historic Vienna, Inc. [HVI], Freeman House’s administrator, not only creates historical exhibits, hosts community events, and stocks “vintage” style merchandise at Freeman Store, it also preserves Vienna’s complex history. To that end, HVI engaged interns to record and videotape the recollections of long-time Vienna residents.

THE EXHIBIT of recordings and film opened to the public on Aug. 3 and is an ongoing-outreach program. Residents are invited to share their recollections of a Vienna long-gone.

“Our mission is preservation,” said HVI Treasurer Leigh Kitcher. “We need to reach out beyond the store itself into the community.” Kitcher said HVI has been trying to take oral history of Vienna, cognizant of the pressure of time. When HVI member Jill Decker died, a fund in her memory, the Jill Decker Memorial Fund, was established. Decker’s death was the catalyst.

“We talked about what we could do with that money,” said Kitcher. “We decided to allocate the funds to our oral history project.”

“Our first concern was the age and health of individuals,” said Gardiner. “We’ve already lost a lot of key people in the community. We wanted to make sure we got the histories of the people who’ve lived here a long time. We don’t want [Vienna’s] history to be forgotten.

“I think it’s important for people to know where things come from,” said Gardiner, majoring in archaeology and anthropology. “One of our biggest goals is making history come to life for people.”

Harness said an objective was to show the importance of “place,” and what it means to live there. “Doing the oral histories shows the community that used to be here, how it’s changed,” said Harness.

“Especially in a town like this, it’s important for newcomers to know what came before and how this community evolved to the place it is now.” 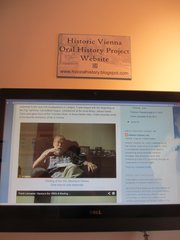 HVI’s oral history project was funded by a UVA grant and most of the electronic equipment was borrowed from UVA.

“This is ongoing,” Kitcher said. “We want organizations to capture their own oral histories and link them to ours. We want anyone with recollections of Vienna to share them with us.”

Kitcher said that by capturing oral history, you capture the choices people were able to make. “By understanding the choices, and decisions, people made before us, we can look at the choices and decisions we’re making today and see if they have an impact.”

Photographs of mid to late 20th century Vienna are included in the exhibit at Freeman House.

AT FREEMAN HOUSE, computer monitors and visual accessories present the oral histories preserved to date. Visitors may choose subject, people, from the digital menu. Gardiner and Harness created an online edition of their project that can be accessed at any time.

“We had a great time putting it together and everyone was very nice,” said Gardiner. “Doing this project really cemented my idea to do museum work.”