The general public, along with Reston residents and employees, can purchase tickets.

Two Hours Prior to Curtain Time for Each Performance

Reston Community Center (RCC) announced the 2014-2015 Professional Touring Artist Series at the CenterStage: The season begins in September 2014 and continues through May 2015 with performances by a mix of new artists and those that Reston audiences have come to know and love. The tickets will be available to the general public on Aug. 8.

The season kicks off with a 10-day festival by Reduced Shakespeare Company in honor of the 50th Anniversary of the founding of Reston. These comedians have been entertaining Reston audiences for decades and return with a series of eight performances and additional special events. The Reduced Shakespeare Extravaganza takes place Sept. 12 – 21.

In addition to the performances, Reston Community Center is continuing the Parents Time Out Series. During select PTAS performances, parents will have the opportunity to sign up children ages 4-9 for activity-based childcare while they attend the performance. This option is available for DakhaBrakha and New York Festival of Song. Parents Time Out for 2015 shows will be announced in the 2015 Winter/Spring Program Guide, due out in mid-November.

Featured performances in the 2014-2015 Professional Touring Artist Series include:

In honor of the Sesquiquadricentennial of Shakespeare’s Birth.

Including (but not limited to) The Ultimate Christmas Show (abridged) & The Complete Millennium Musical (abridged), songs/verses cut from other shows, readings from RSC books and radio shows. Recorded live for future podcast.

…Questioning? Seek answers after the show with the cast!

Plus a post-show discussion with Bob Mondello and a farewell toast.

The National Endowment for the Arts (NEA) National Heritage Fellowships are the nation’s highest honor in folk and traditional arts. Reston Community Center is proud to welcome two fellows to the annual Multicultural Festival. Jewish klezmer musician Elaine Hoffman Watts will perform with her band, The Fabulous Shielkes. Ukrainian embroiderer and bead artist Vera Nakonechny will also be on hand to showcase her work.

In 2013, Blanco was chosen to serve as the fifth inaugural poet of the United States, following in the footsteps of such great writers as Robert Frost and Maya Angelou. Blanco wrote and performed One Today, becoming the youngest, first Latino immigrant, and openly gay writer to hold the prestigious honor.

The vocal range of this Ukrainian quartet is accompanied by traditional Indian, Arabic, African, Russian and Australian instrumentation to create a transnational sound rooted in Ukrainian culture.

Children of all ages will love this series of touching portrayals and poignant scenes from everyday life set to stunning music by composers such as Vivaldi, Strauss, Beethoven and Copland. Children can make their own sock puppet after the show (Space is limited, separate registration required).

Appropriate for ages 14 and up, this collection of marionette masterworks presents characters of depth, integrity and humanity in a series of scenes set to beautiful classical music from Beethoven, Vivaldi, Strauss and Copland.

Founded in 1988 by pianists Steven Blier and Michael Barrett, NYFOS is hailed for its thematic programming, which The New Yorker said has “reinvented the song recital.” At Harlem’s Height celebrates the creative and intellectual power of black American music of the Harlem Renaissance. 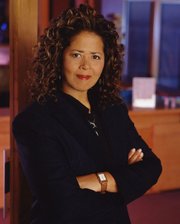 Anna Deavere Smith specially devises a performance focused on themes inspired by Dr. Martin Luther King and the idea of grace in the face of adversity. Afterwards, join members of the audience for a community lunch and discuss the issues raised in the performance.

This group of Irishmen continues its 20-year tradition at the CenterStage with famed Celtic music that blends intelligence, innovation, virtuosity and passion.

Buddy Silver, the self-proclaimed Mr. Vaudeville and alter-ego of local funny man Mark Brutsché, returns to the CenterStage Motion Picture & Vaudeville House to prove, once again, that nothing can take the place of live entertainment.

Co-commissioned in partnership with Dance Place, this world premiere by local choreographer Daniel Phoenix Singh combines poignant choreography, thought-provoking poetry and evocative visual designs to explore the effect of AIDS in our lives.

Turtle Island Quartet returns with acclaimed jazz vocalist Tierney Sutton to present a celebration of the muse - from the moving traditional hymn Wade in the Water to Joni Mitchell’s All I Want to settings of Coltrane’s A Love Supreme. Come early for a 7 p.m. pre-show meet-and-greet with members of Turtle Island Quartet.

Unless otherwise noted, all performances take place at the CenterStage, located at Reston Community Center Hunters Woods. Additional information about each of the performances is available online at www.restoncommunitycenter.com.