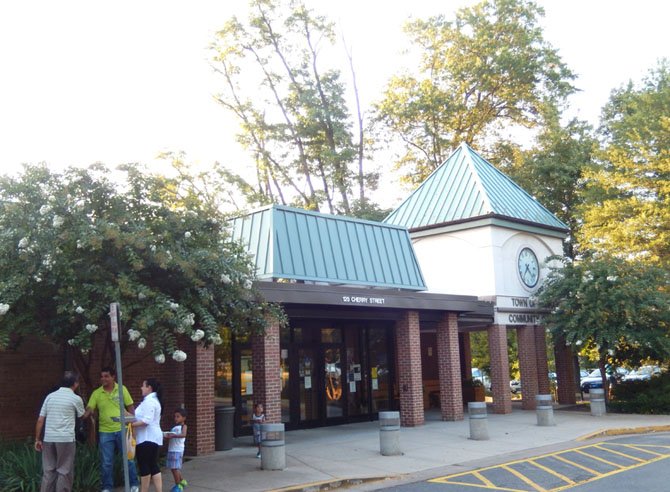 If all goes well, the new and improved Vienna Community Center will make its debut on its 50th anniversary in April 2016. But a great deal of work has to be done between now and then.

So during its July 7 meeting, the Town Council unanimously approved awarding the fee to the architect to seek LEED Silver certification for the building and discussed future work sessions on the project.

The $43,956 fee to Lukmire Partnership will let the firm “go ahead with the design, as we discussed in the work session, several weeks ago,” Parks and Recreation Director Cathy Salgado told the Council members. “Once this is done, they’ll get right on the project.”

LEED stands for Leadership in Energy and Environmental Design and is a “green” building-certification program recognizing best-in-class building strategies and practices. The Community Center will be Vienna’s first building to have LEED certification.

It means that as much of the facility as possible will be sustainable. And having a building with energy-efficient windows, heating and air conditioning will also make it cost less to operate – which will result in a financial savings to the Town in the long run.

THE SCOPE OF THE WORK involves renovating and enlarging the 48-year-old Community Center on Cherry Street S.E. The two-story building is 28,814 square feet and is used for classes, club meetings, craft fairs, sports and other events.

But it needs more parking, a gym large enough for league play, high-tech wiring for laptops, plus new electrical and HVAC (heating and air conditioning) systems. In addition, repairs must be made to the classroom floors and walls, and a new roof must be put on. So all these improvements will now be made, including construction of an 8,000-square-foot gym in the back.

“In the fall, the Council will hold work sessions on it and there’ll be some decisions we’ll be asking the Council to make.”

The project is funded by the town’s Capital Improvement budget, courtesy of a $4 million bond issue in December 2013. But Salgado anticipates another $1 million will be needed before it’s all done. 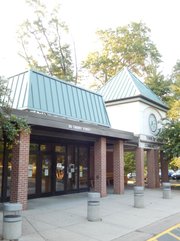 Vienna’s Community Center will receive a renovation and a new gym.

However, since the larger gym will rest slightly on school property, the town will have to make a formal agreement with the school system for use of that land. The Park Authority wants an 18-foot trail, a 4-6-foot sidewalk and a 60-foot parking area as part of the project, so the site doesn’t have any extra space on it.

City Manager Mercury Payton reminded the Council that Vienna has three years to spend the bond funds, “So these dollars must be spent by November of 2016. So I’d like an update on the project from Cathy Salgado.

“In the fall, the Council will hold work sessions on it and there’ll be some decisions we’ll be asking the Council to make,” he said. “And as we get into the December [2014]-January [2015] time frame, we’re going to get into some reviews with Fairfax County.”

Payton said the bid process will go from January until March 2015, followed by “groundbreaking, hopefully, in April 2015,” with the expected completion date a year later. Then Salgado took the podium.

“We appreciate the opportunity to come to most of the work sessions in the next six months or so,” she told the Council. “That’s where we make a lot of choices and get some guidance about decisions that we need to make regarding the interior and exterior of the building – which will be very important. So, hopefully, it will be a smooth process, and we look forward to it really taking off.”

PAYTON said the first work session will be Monday, Aug. 18, and Mayor Laurie DiRocco said it’ll be needed “to make sure some of the deadlines already laid out will be met.”

“We’ll have the site plan ready by then, so it’ll be something we’ll really need your input on, at that time, before it goes to the Planning Commission,” replied Salgado. “And the mayor is absolutely correct – everything is predicated on meeting each milestone.

“If something gets off kilter, we have built in a few weeks, here and there – and we’ll be reassessing things as we go along, as well,” she continued. “But I hope to send out biweekly updates to you all and keep you all informed, as well as the public, on the Town Website, as much as possible, regarding the design. But some important decisions will have to be made very shortly.”